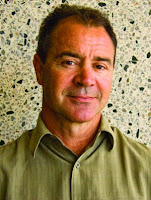 Kim Scott has won the 2011 Miles Franklin Award for his novel That Deadman Dance.
From the PanMacmillan website: "
Big-hearted, moving and richly rewarding, That Deadman Dance is set in the first decades of the 19th century in the area around what is now Albany, Western Australia. In playful, musical prose, the book explores the early contact between
the Aboriginal Noongar people and the first European settlers.

The novel's hero is a young Noongar man named Bobby Wabalanginy. Clever, resourceful and eager to please, Bobby befriends the new arrivals, joining them hunting whales, tilling the land, exploring the hinterland and establishing the fledgling colony. He is even welcomed into a prosperous local white family where he falls for the daughter, Christine, a beautiful young woman who sees no harm in a liaison with a native.

But slowly – by design and by accident – things begin to change. Not everyone is happy with how the colony is developing. Stock mysteriously start to disappear; crops are destroyed; there are "accidents" and injuries on both sides. As the Europeans impose ever stricter rules and regulations in order to keep the peace, Bobby's Elders decide they must respond in kind. A friend to everyone, Bobby is forced to take sides: he must choose between the old world and the new, his ancestors and his new friends. Inexorably, he is drawn into a series of events that will forever change not just the colony but the future of Australia.."

About the author: Born in 1957, Kim Scott's ancestral Noongar country is the south-east coast of Western Australia between Gairdner River and Cape Arid. His cultural Elders use the term Wirlomin to refer to their clan, and the Norman Tindale nomenclature identifies people of this area as Wudjari/Koreng.
Kim's professional background is in education and the arts. He is the author of two novels, True Country and Benang, poetry and numerous pieces of short fiction.
Scott became the first Aboriginal writer to win the Miles Franklin in 2000 with his book Benang. He tied that year with writer Thea Astley.