Molly Ofield chatted with David Astle about her book The Secret Museum.  Molly is an QI elfette and has been involved in researching for the show for 12 years.  David started by anaylsing her name - Molly means trivia and Oldfield seems historical so David thinks that she is the perfect person for her job.  This is called an aptonym.

The moved on to talk about Molly undertaking the research and discovery for her book.  She travelled the world finding curiosities from museums and talking to curators about all kinds of exciting and interesting objects.

Molly starts with the curators of fish.  In their museum there are hundreds of specimens in bottles - some of them too large to put on public display.  She has seen the shark suits that were designed for swimmers but are so good they are now illegal to use.  But the suits have been kept by the museum just in case.

She saw inside the space museums where space suits are kept in storage and studied so that NASA can make improvements to their design.  She was there are the opening of a book for the first time.  She has seen Charles Dickens' letter opener which was made for him after his cat Bob died.  His sister wanted to make him something special so used Bob's paw to craft a letter opener that Dickens used everyday.

There are some things that are too big to fit in museums.  Things such as Piccard's gondola which was the first object powered into the stratosphere.  Piccard used to take his family in the gondola and his aunt would take the tour with her pet tortoise!

Molly had to omit some stories - Dead Duck Day never made it into the book.  Kees Moeliker witnessed a duck flying into his window one day and then another day demonstrated an inclination for necrophilia.  Kees recorded the incident, keeping the duck and created the day to celebrate ludicrious research.  He received an Ig Noble prize for his efforts but Molly decided it might be best to leave it out of her book. 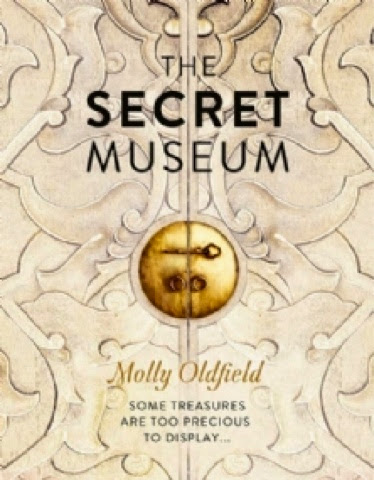