This post was written by Trish from Kew Library.

This was a lively session with Lauren Beukes in discussion with Terry Hayes. The session was ably moderated by Angela Savage, herself a well established author of crime fiction. All were very entertaining speakers who had an easy rapport with the audience.  Lauren Beukes is a novelist, scriptwriter, comics writer, TV writer and and a former journalist. Her work under discussion was ‘Broken monsters’- a supernatural thriller.

Terry Hayes is also a former journalist and a successful screenwriter, having written the screenplays for Mad Max 2, Dead Calm, Bangkok Hilton and many more. Under discussion was his first novel ‘I am Pilgrim’.
There was much discussion on what was necessary to make the perfect thriller. Lauren felt that it was necessary to subvert the pleasant and Terry discussed the differences between suspense and surprise.  Since both these authors have worked on screenplays they also talked about the differences between writing for a screen audience and for a reader.

Neither author used the traditional “who dunnit” format. Terry because he wanted more than one great moment/reveal in his novel and Lauren because she likes to sustain the reader’s interest by making us wonder how the heroine will survive all the hurdles that are put in her way. Also she likes using the supernatural, which allows her to play with big themes in an interesting way.

The audience were engaged and had many questions for the panel.  A thoroughly entertaining and informative session. 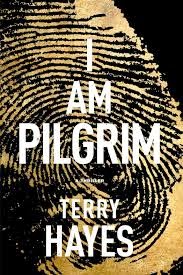 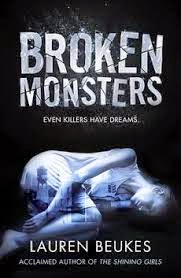