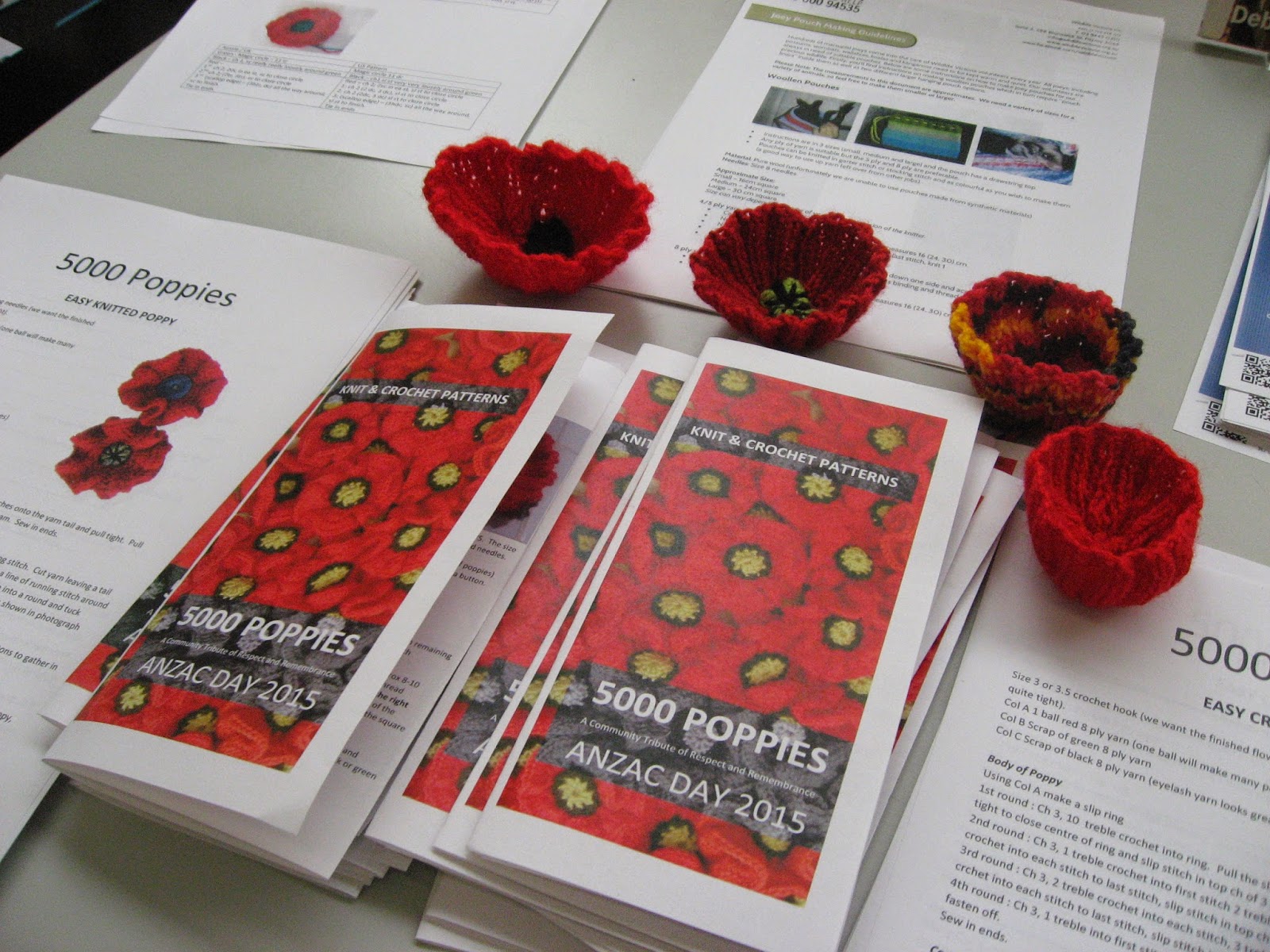 Knit happened at Boroondara Library Service over the last few weeks.  All branches held a public knitting event which encouraged people to bring in their knitting and knit with others, knit for charity or come and learn.  We knitted poppies for the 5000 poppies project and lots of other items for charity through KOGO (knit one give one)


At Ashburton: one lady spoke English as her second language and French is her first language.  She was having trouble understanding knitting instructions in English and so our staff member Anita who speaks French helped her translate.. Another borrower who was just in the library to get her reserves was convinced to get a crochet lesson from Joyce and she was very very excited about learning this new skill.
At Camberwell: Areta (our representative from KOGO Knit one, give one) was great for absolute beginners. 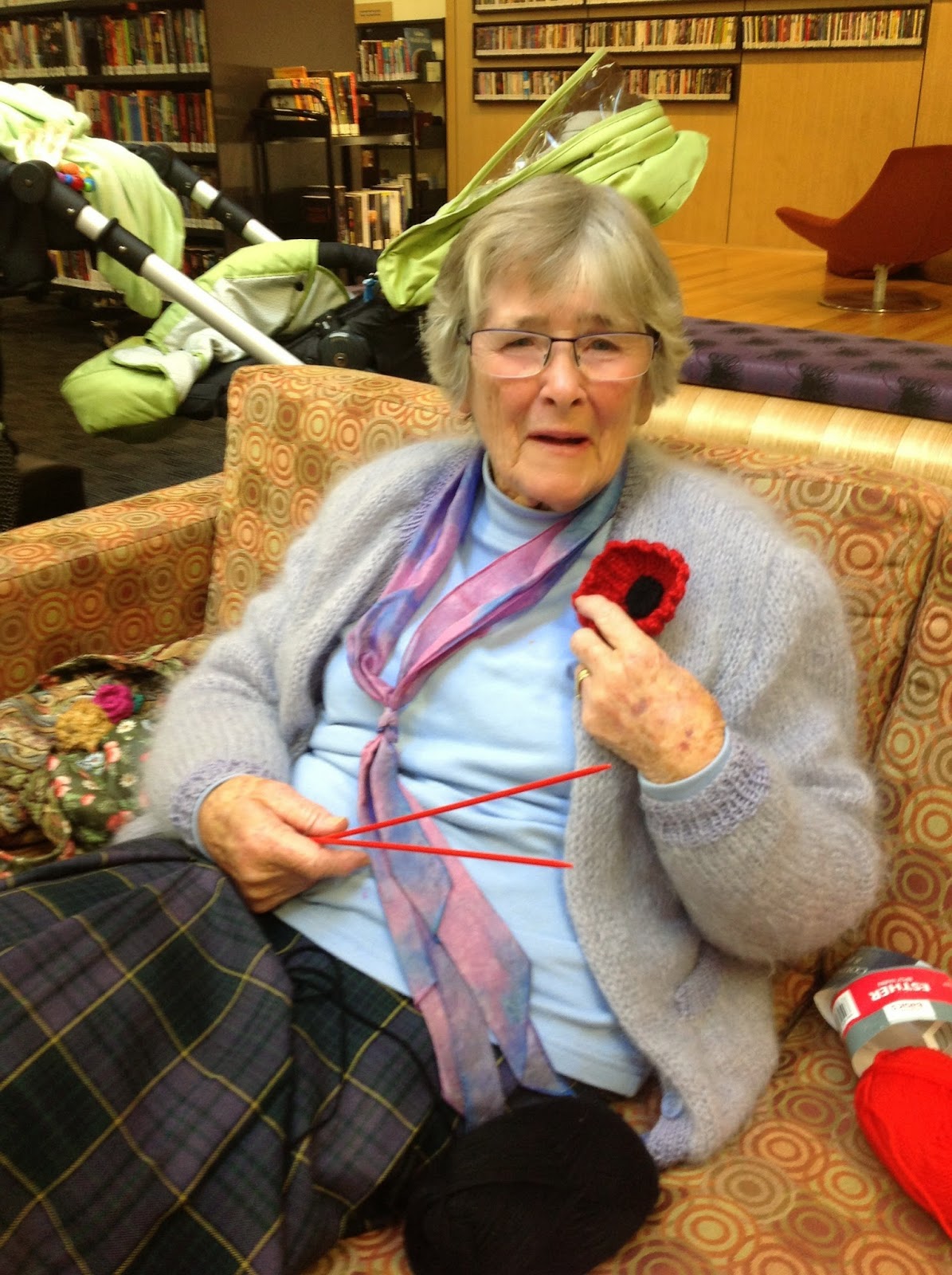 Quite a few bought their own projects but the poppies were very popular as well. One woman Glenys (she is in one of the photos wearing her poppy) made two in the session. She was such a sweetie, her husband bought her along and then he went off to do the shopping. When he returned he was so pleased to see Glenys so happy and so productive. He later told me that she hasn't been out of the house for quite a long time but read about the sessions this morning in the paper.

At Hawthorn: People sat in a circle with knitting and there was a lot of chat creating a relaxed atmosphere.  It was quite colourful with balls of wool and books, plus two of the members of the Surrey Hills Knitting Group brought rugs and scarves to show.  They were a very friendly bunch with strangers easily starting up conversations with their neighbour.  An enjoyable community activity sharing stories about knitting and life in general.

The library has a huge range of knitting books to help you get started to begin a new project.  check out some here. 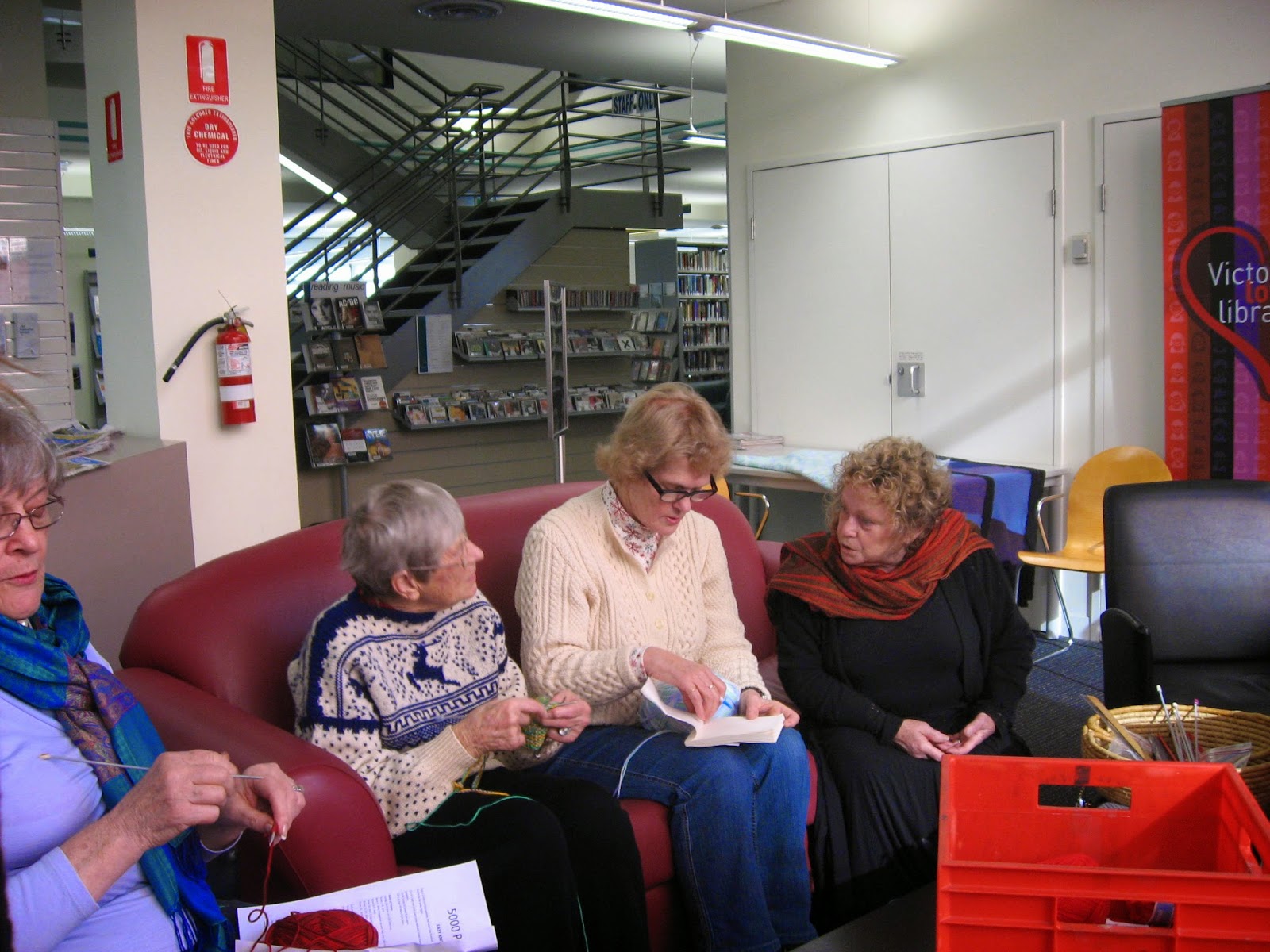 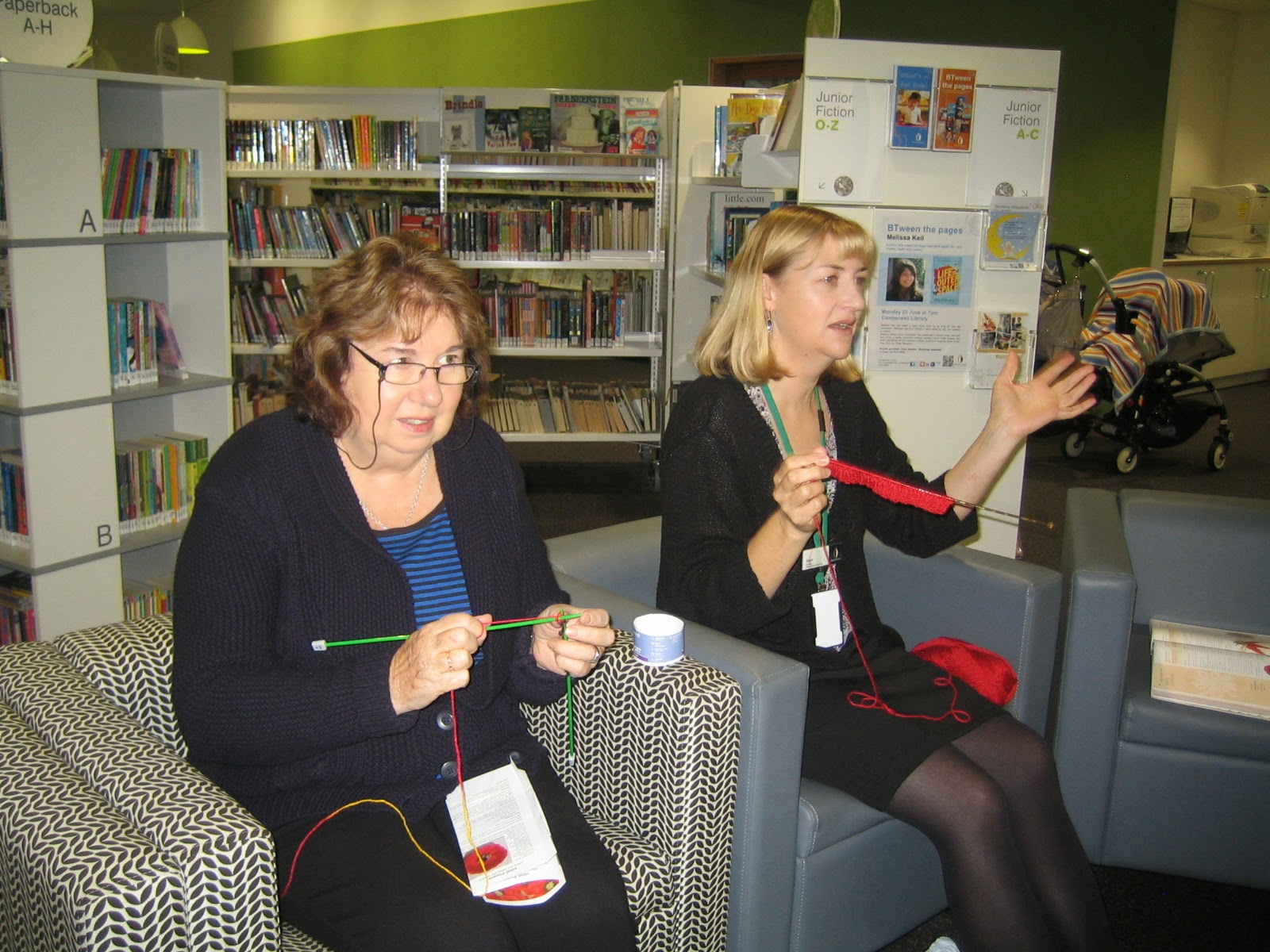 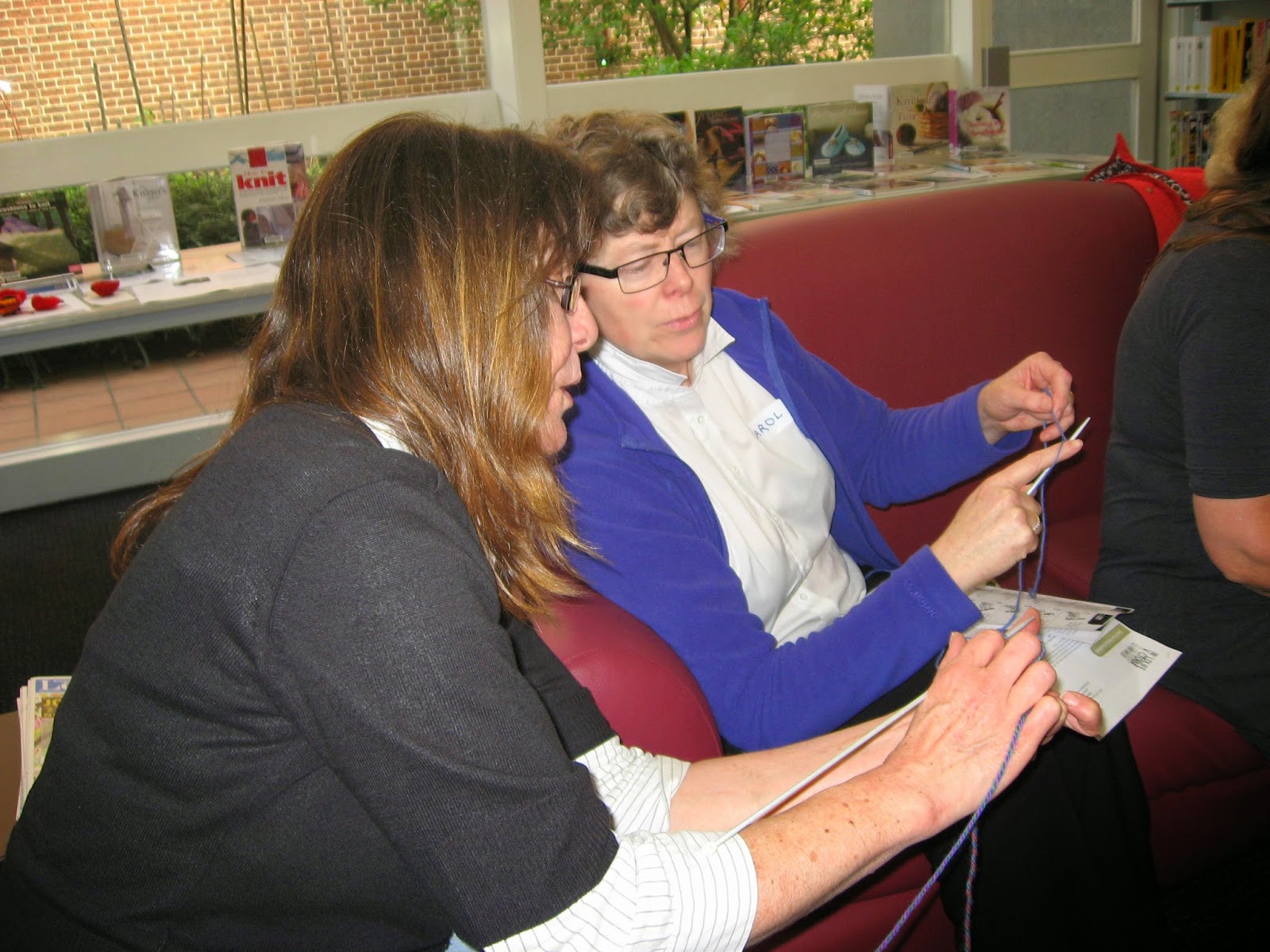 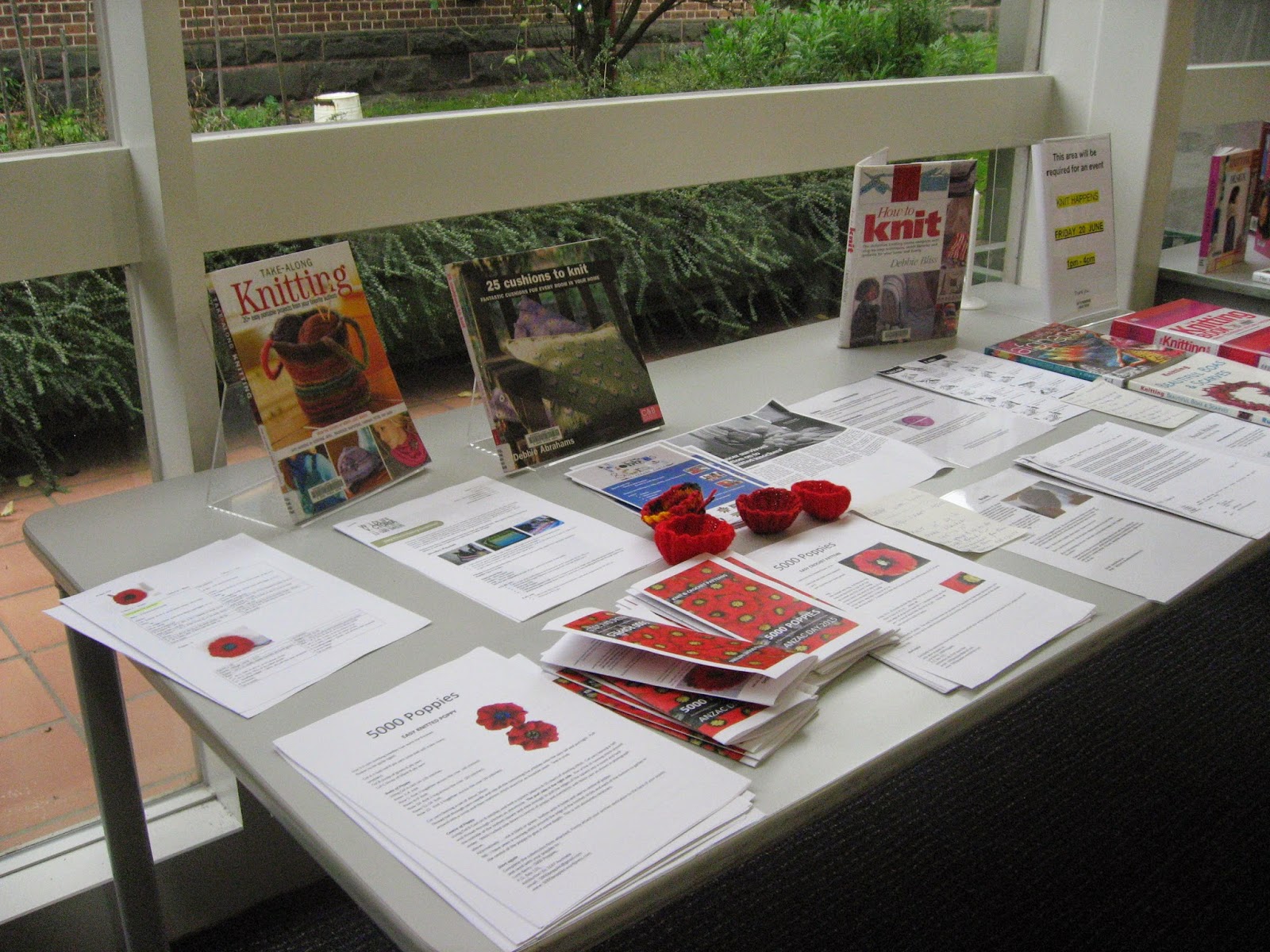 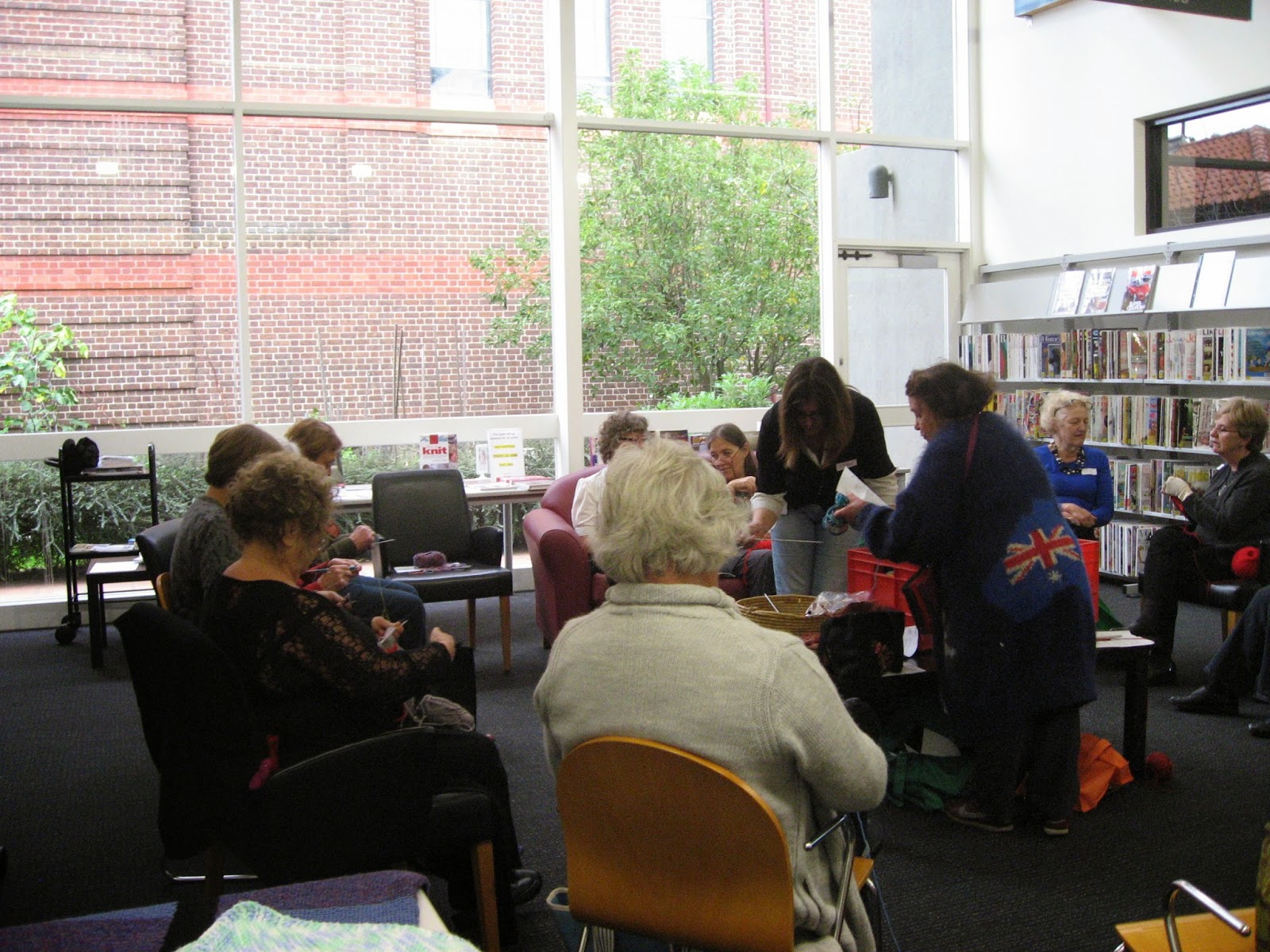 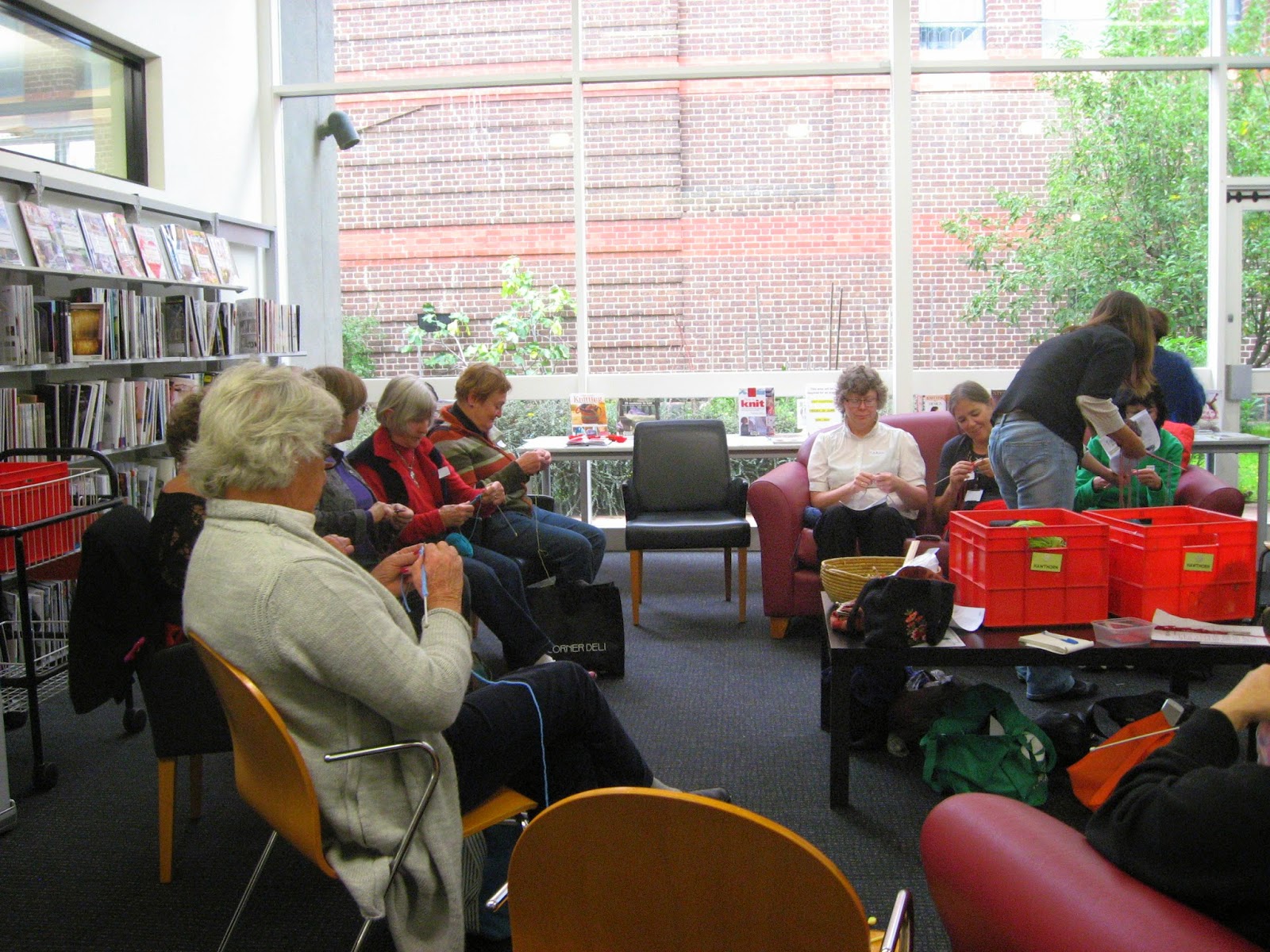 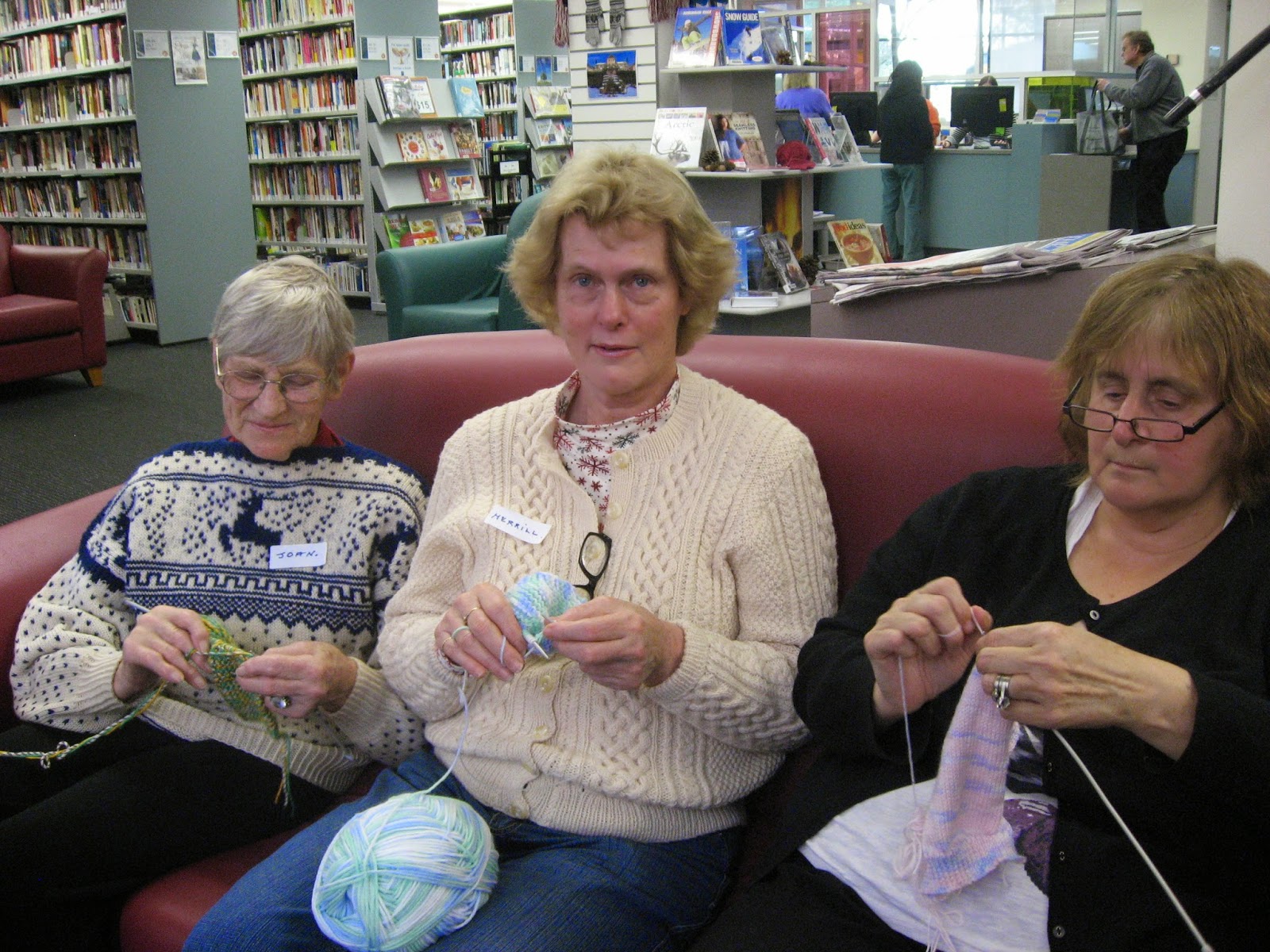 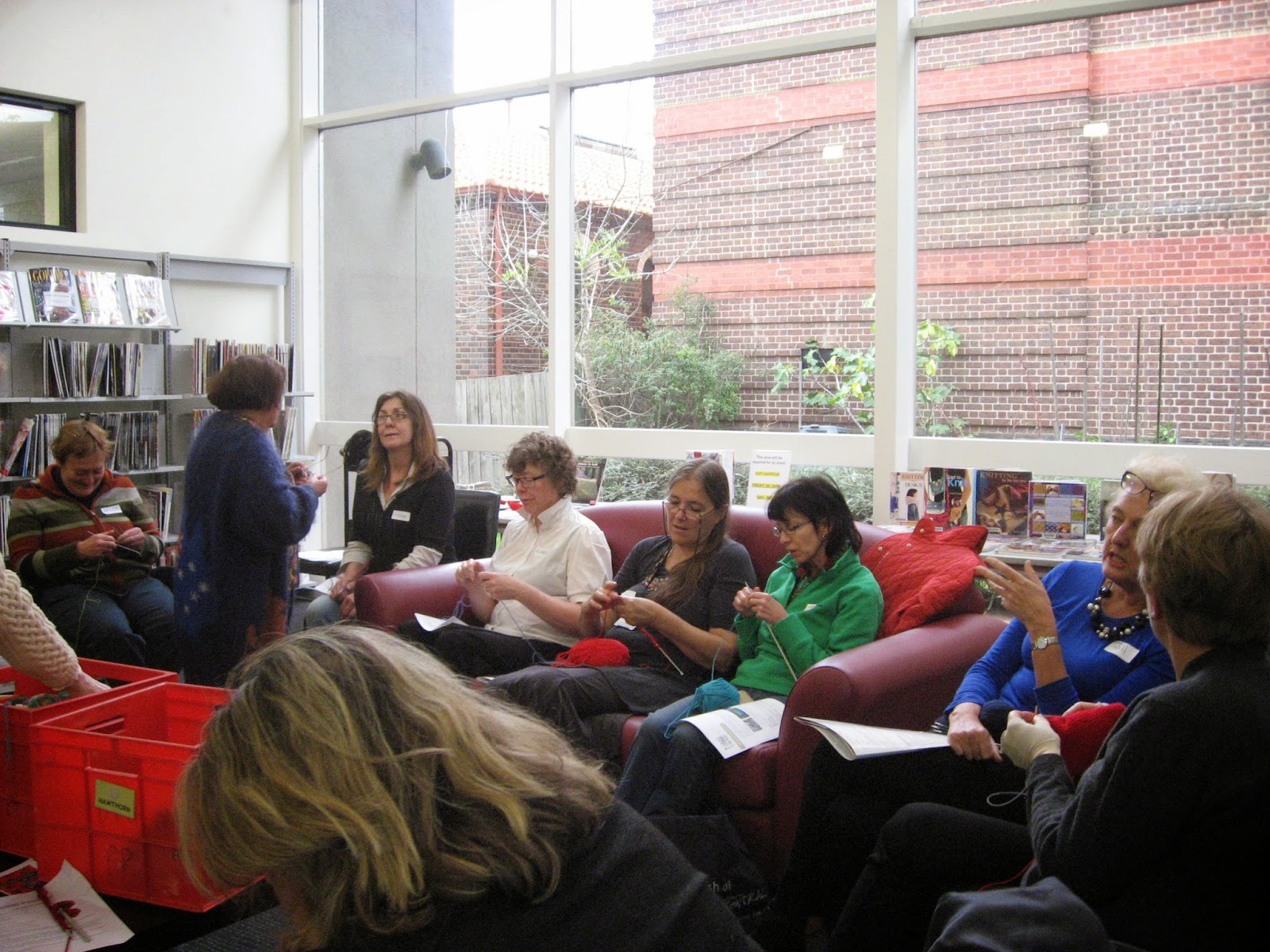 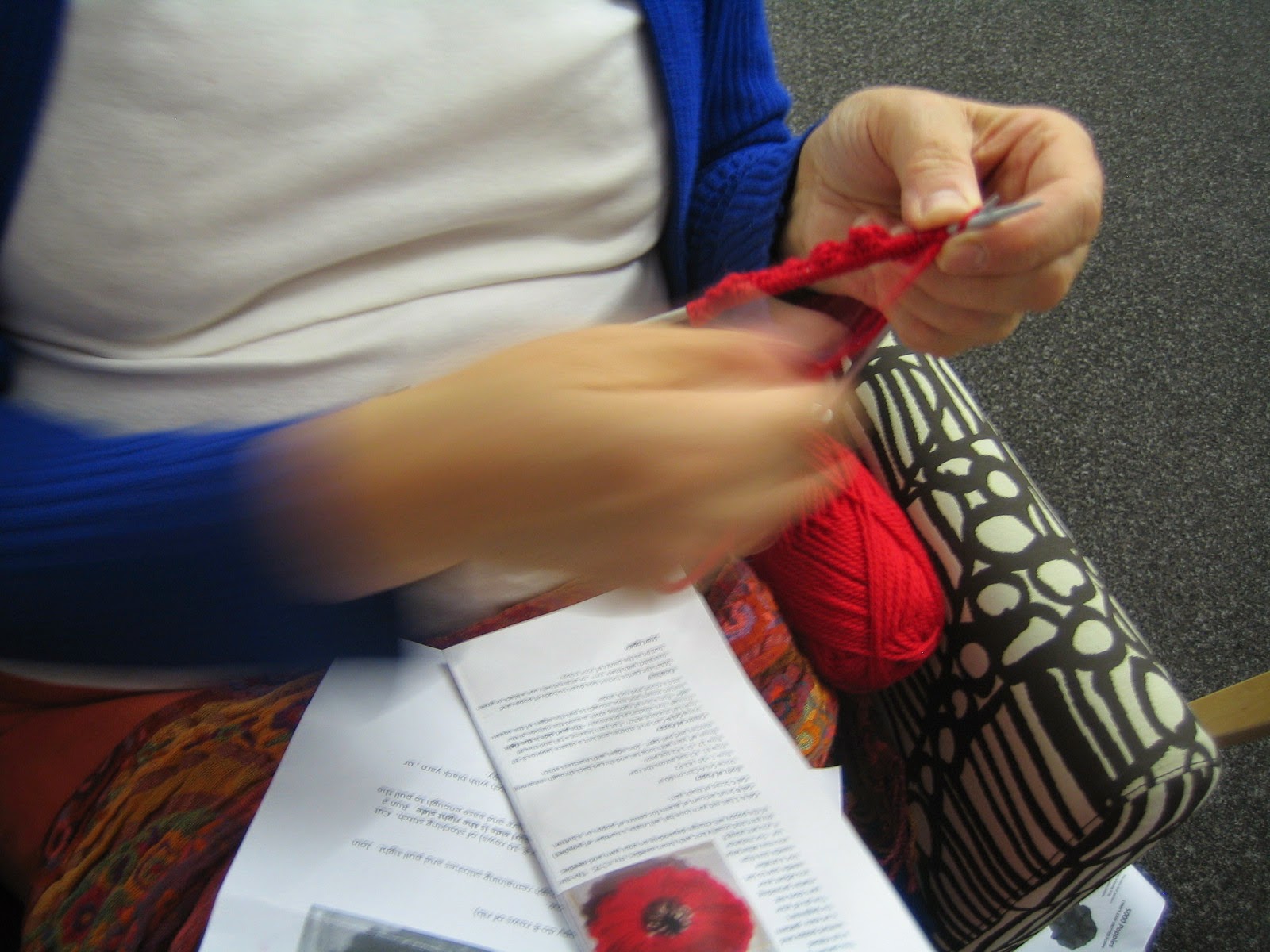 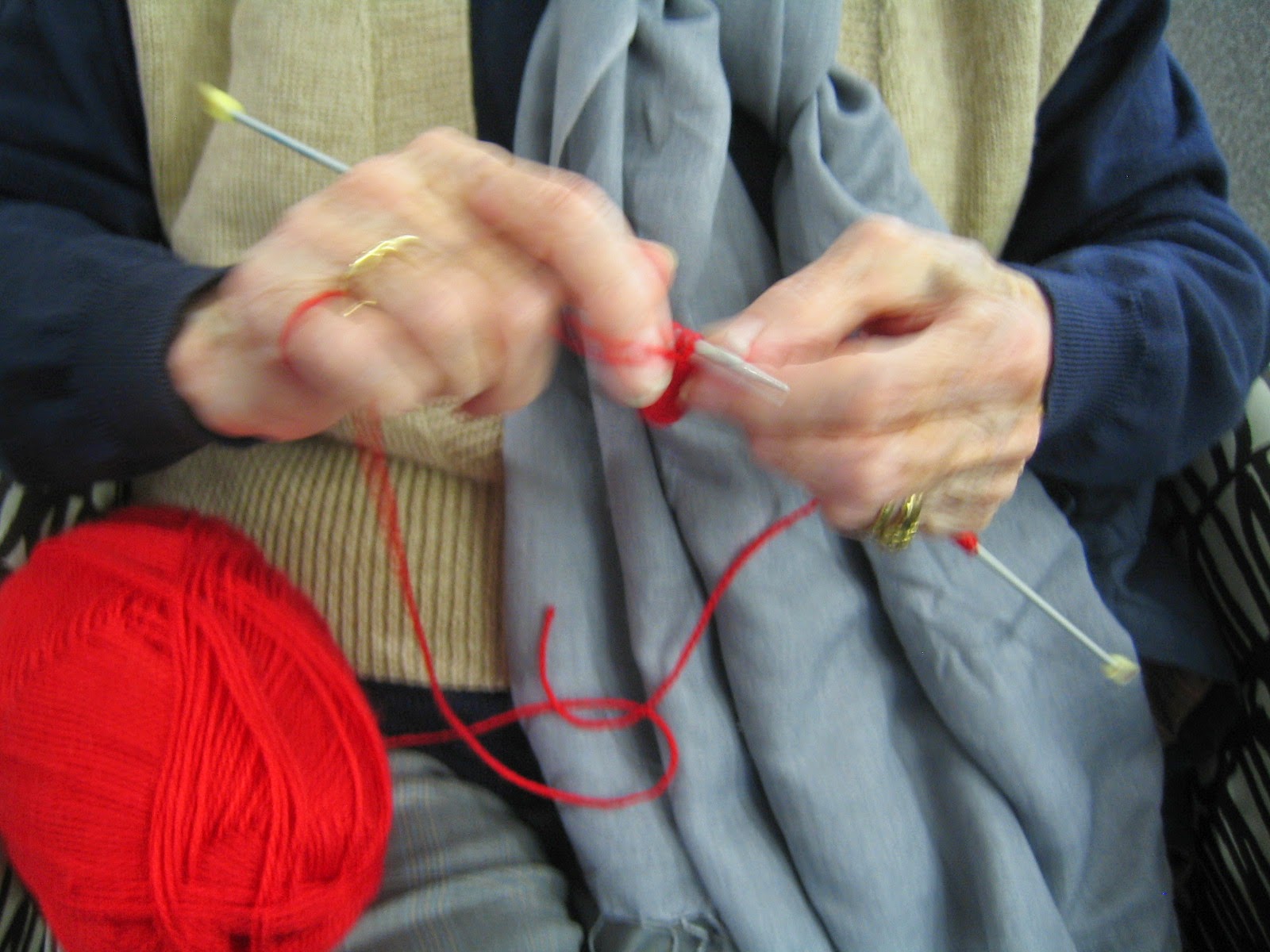 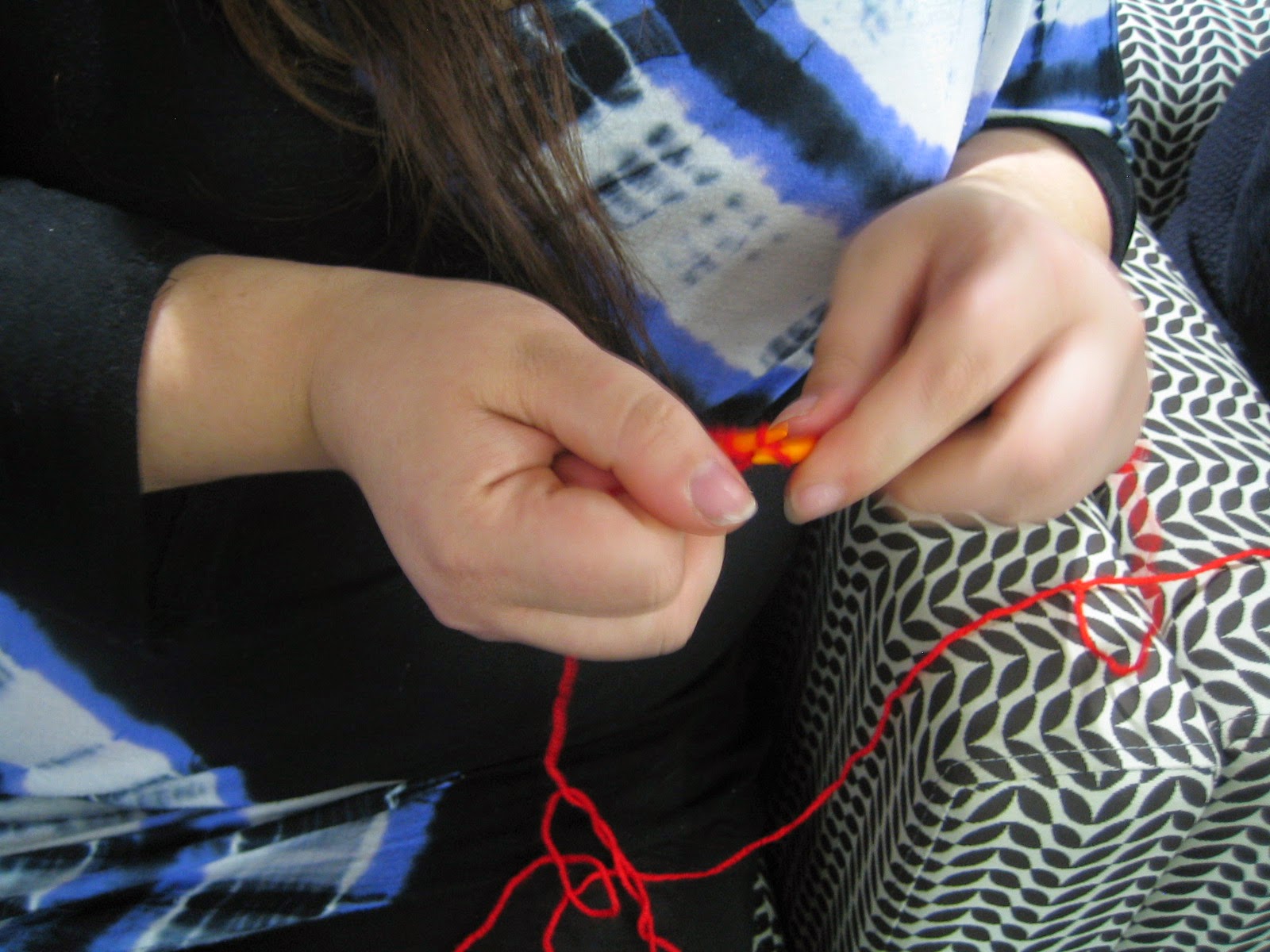 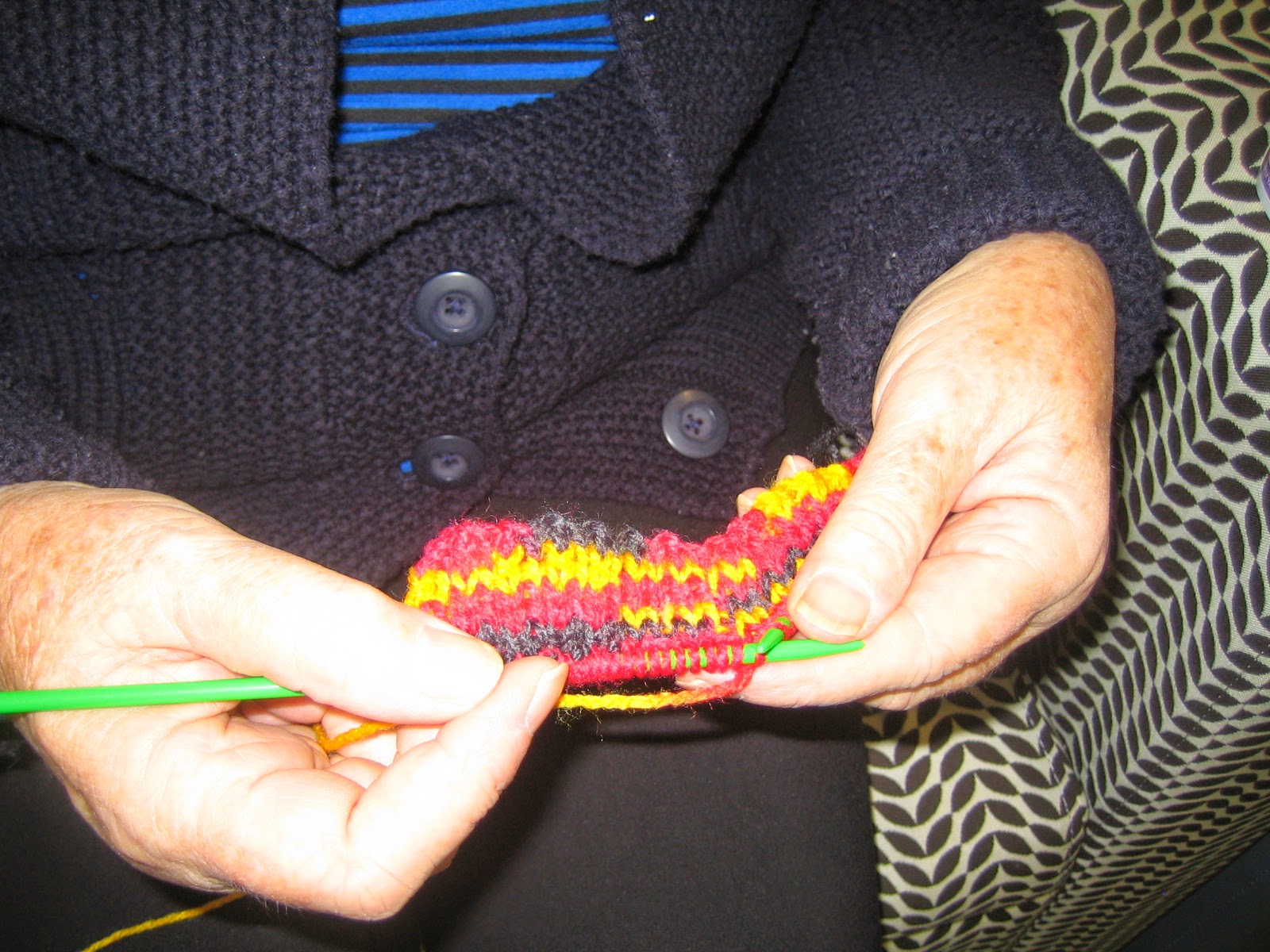 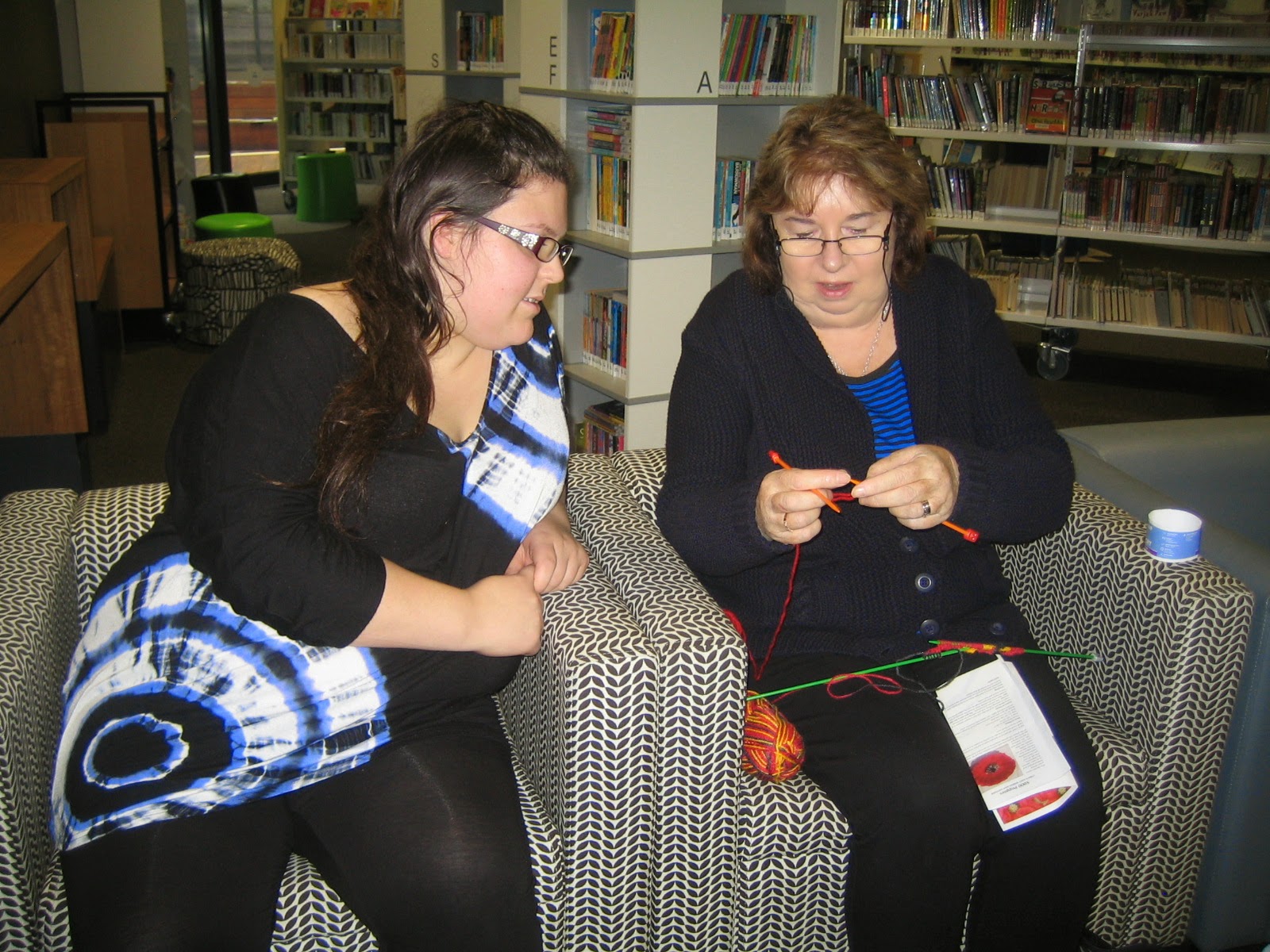 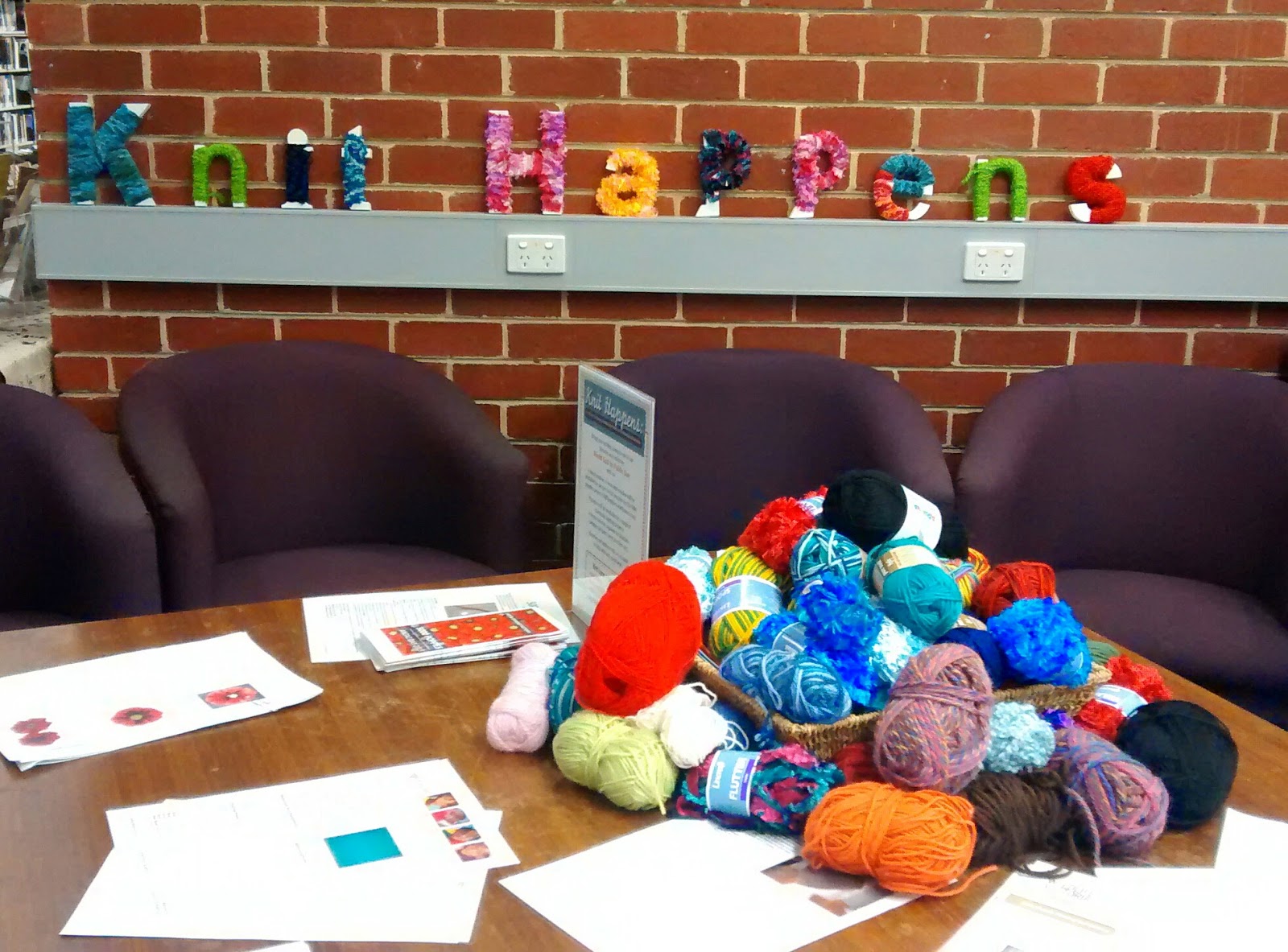 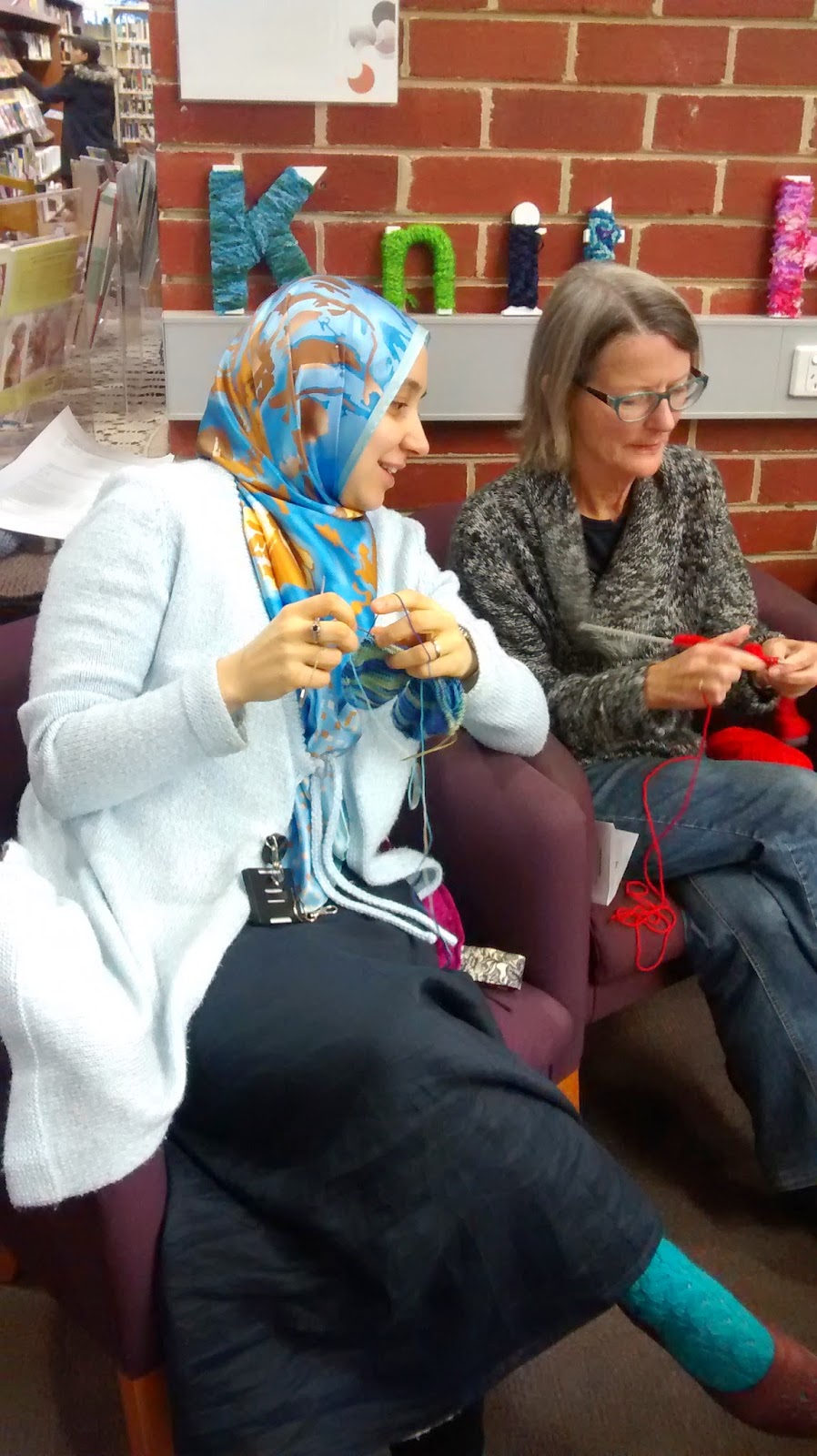 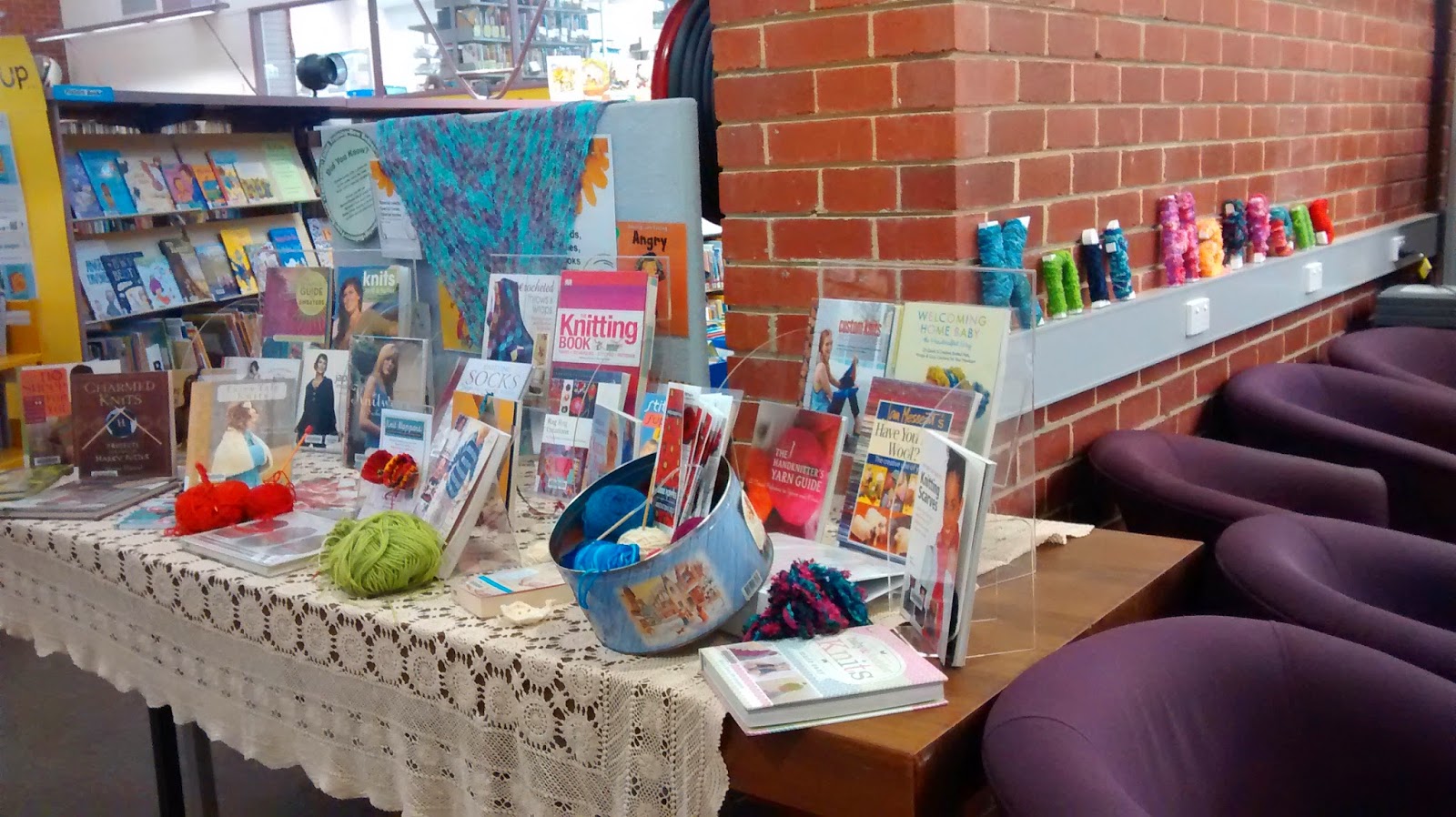 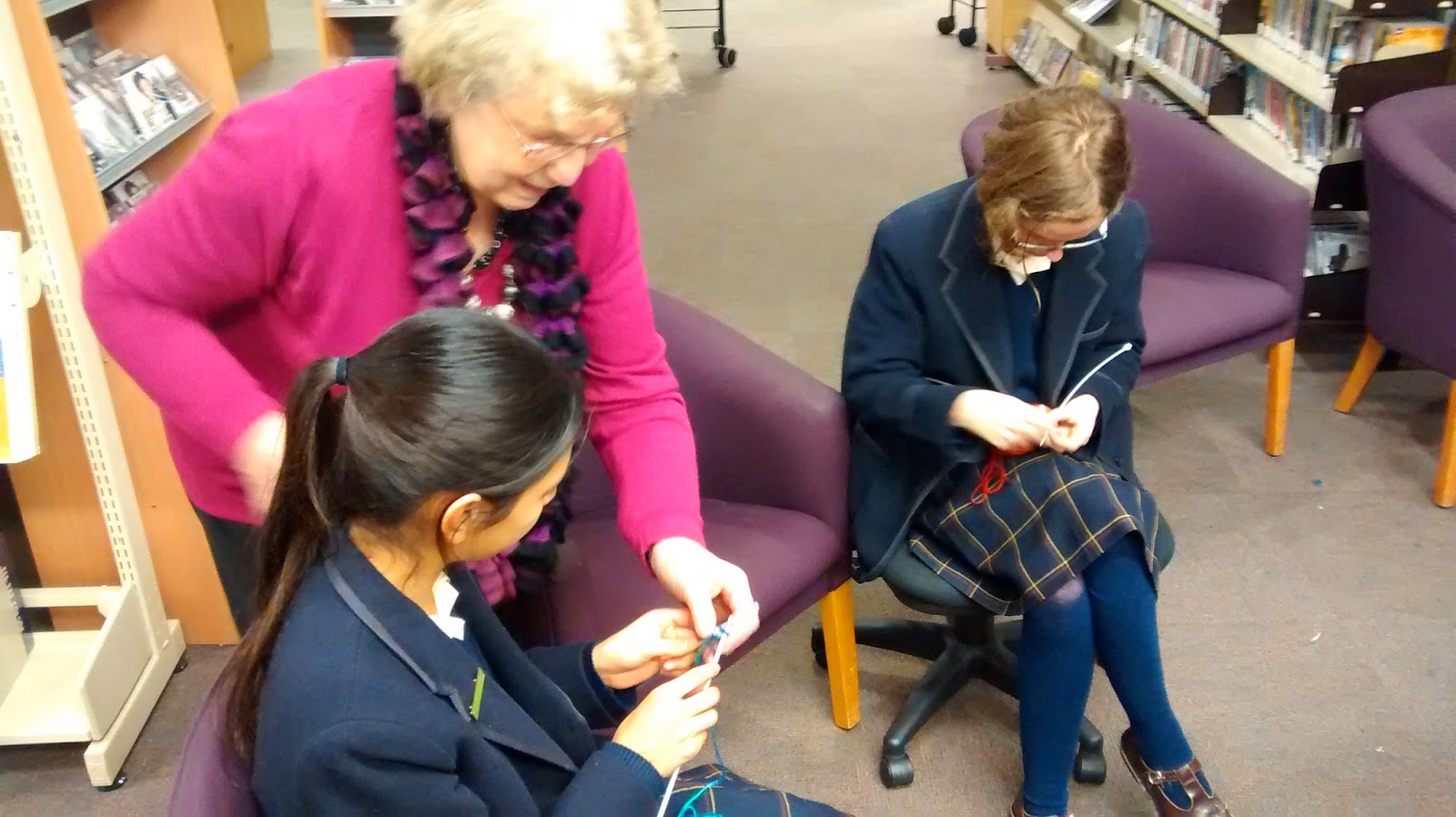 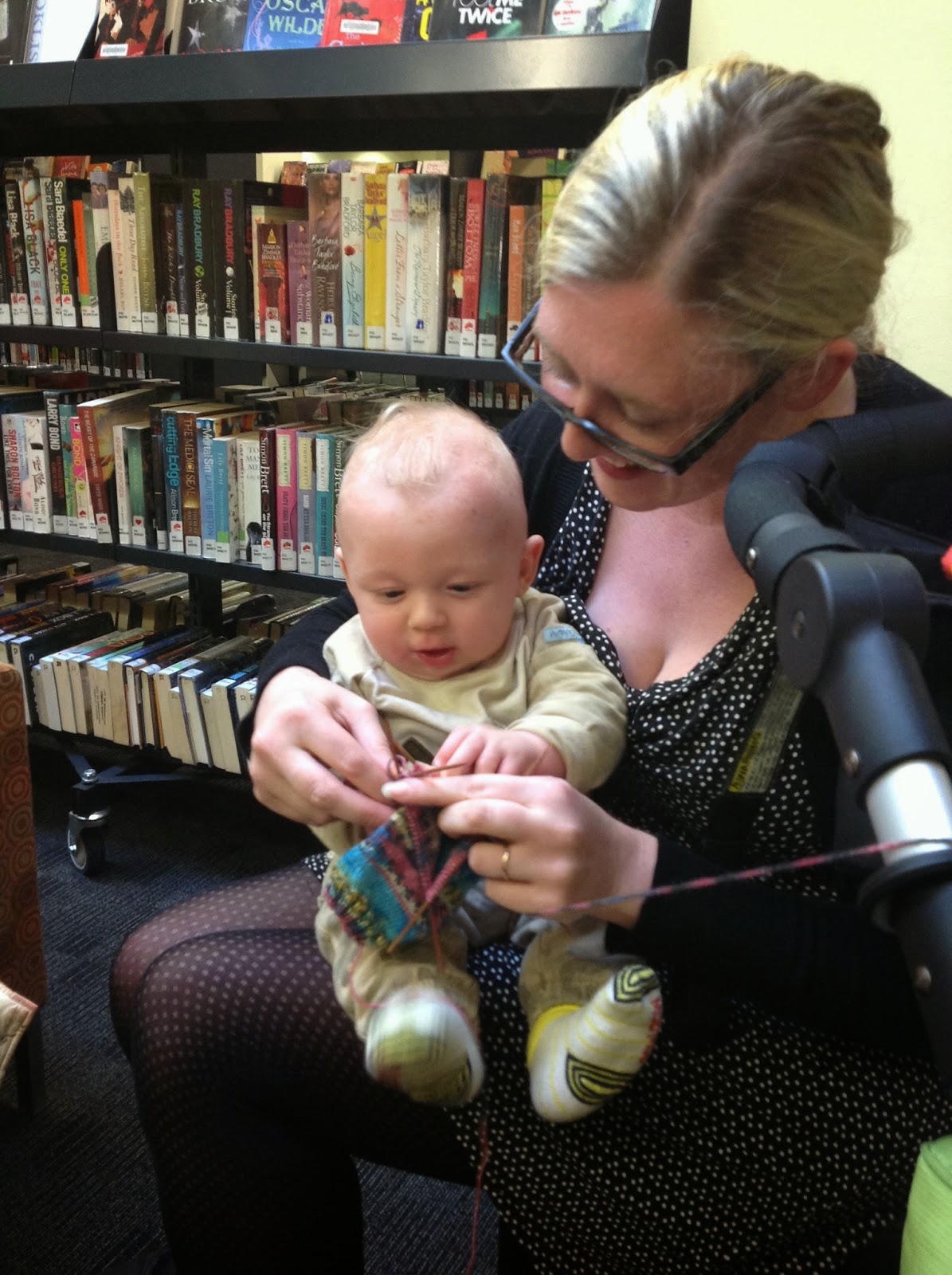 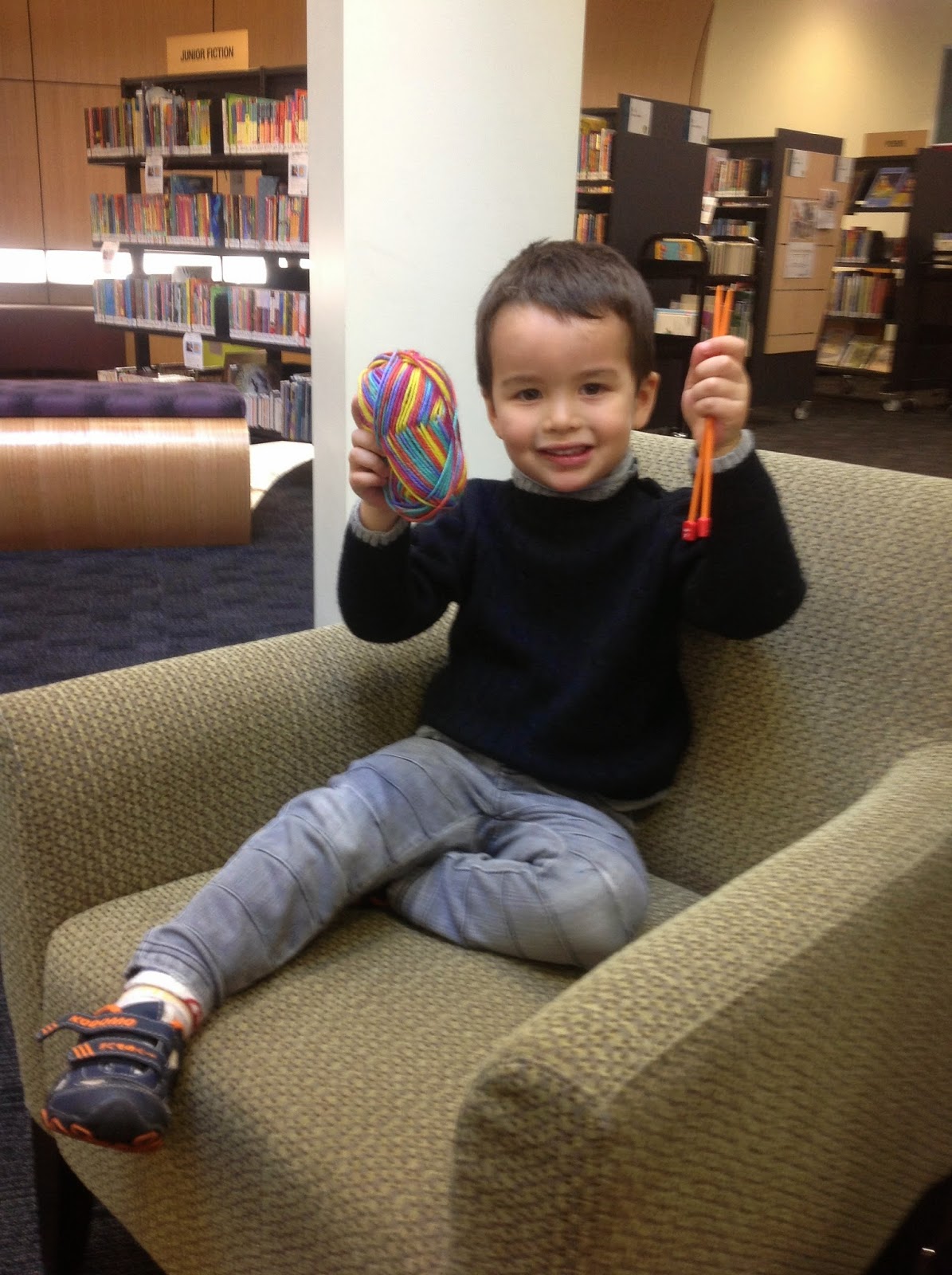 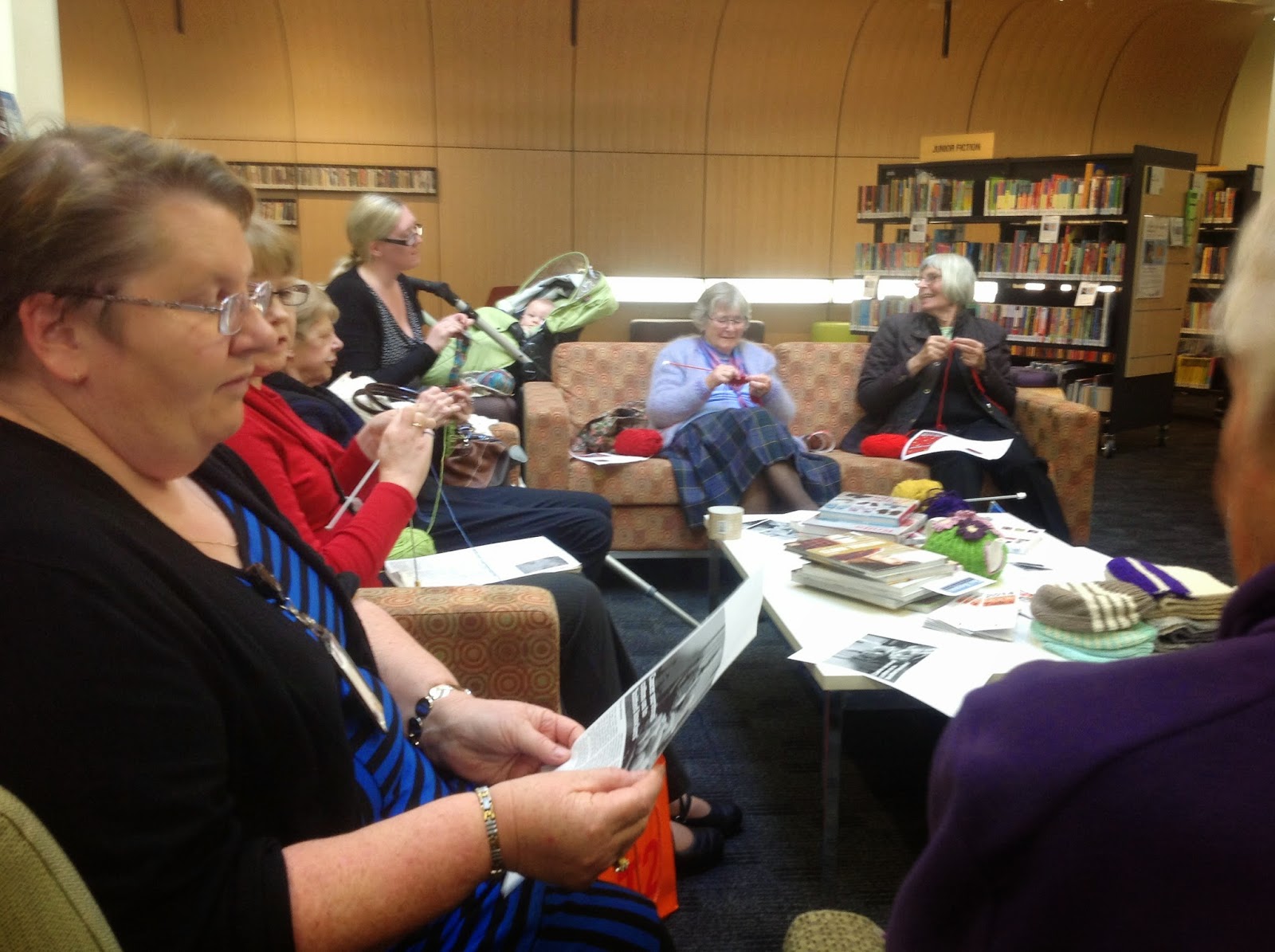 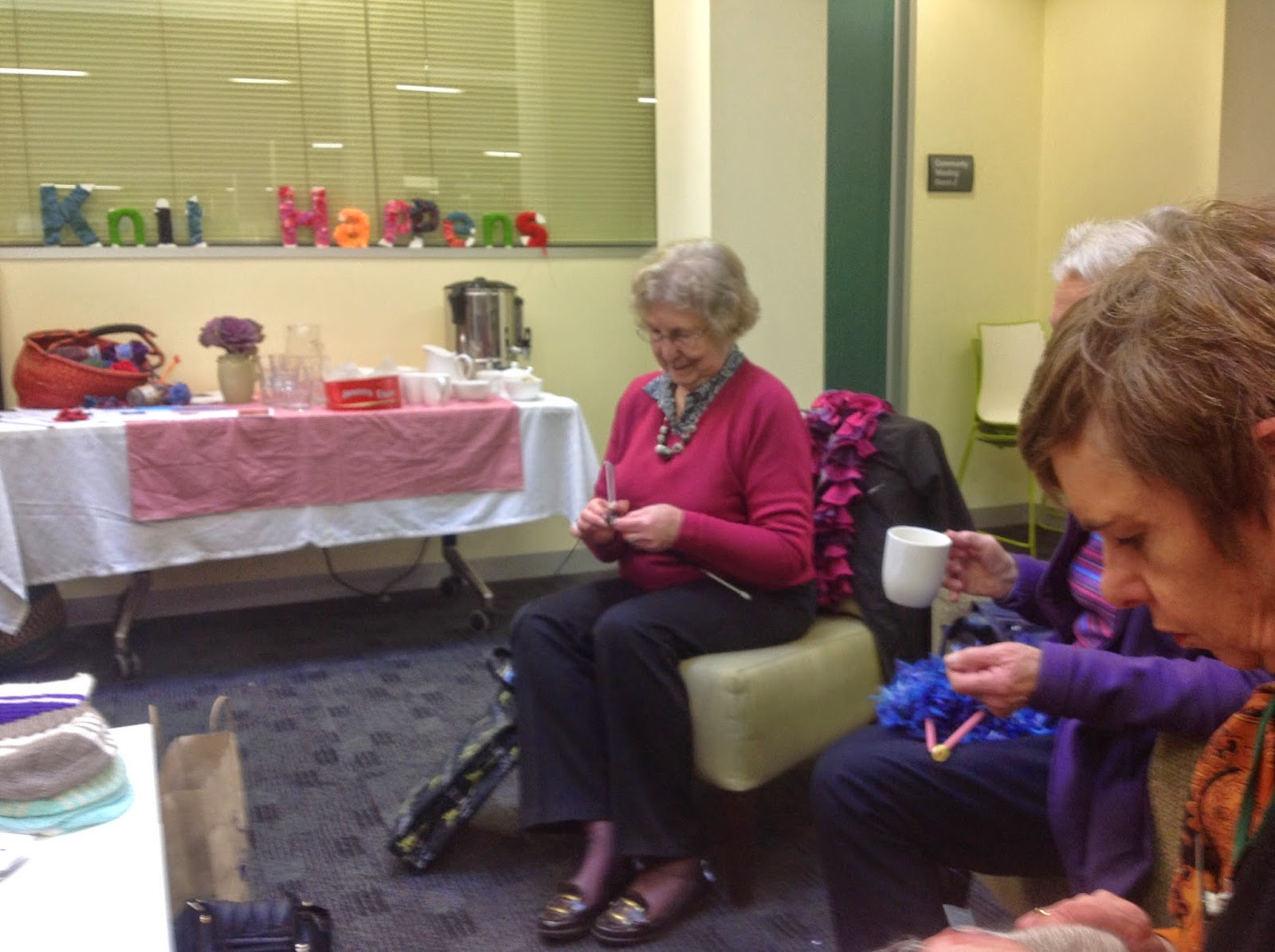