Elizabeth Peters: a lot of books to read 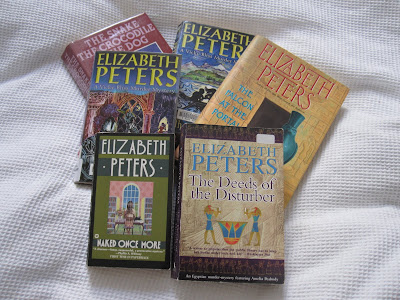 In 2010 one of the reading tasks I set myself was to read or reread all the titles written by Elizabeth Peters (under that pseudonym). As we both share a primary fascination in antiquity and archaeology how can crime fiction linked to that not be a pleasure for me? Both being ailurophiles makes it even better.

The award-winning writer was born in 1927 and has more than 50 novels to her names. Elizabeth Peters is one of two pseudonyms of Barbara Mertz who has published her archaeological titles under her real name. Her other pseudonym is Barbara Michaels under which she writes more gothic crime/adventure books but still often with an archaeological background. 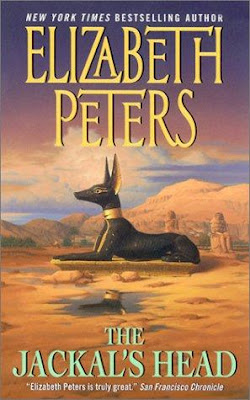 Under the name of Elizabeth Peters, she was published three series (Amelia Peabody, Vicki Bliss and Jacqueline Kirby) as well as nine stand-alone titles. The stand-alone titles commenced with the Jackal's Head in 1968 and end (to date) with the C0penhagen connection in 1982. The non-series titles are as follows: 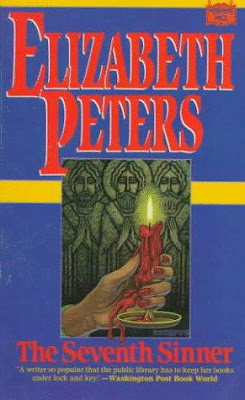 The first series that I became acquainted with was the Jacqueline Kirby series. With my British School at Athens background I loved the Seventh sinner published in 1972 and read it not long after publication when I had actually visited Rome and the San Clemente site. Of course, I loved the librarianness of the books and the tracking of Jacqueline's life from small town librarian through to well-known romance writer. The titles in this series finish with Naked once more from 1989. Aside from the first one archaeology didn't provide the scene for this series but the library character sure makes up for that. They are as follows: 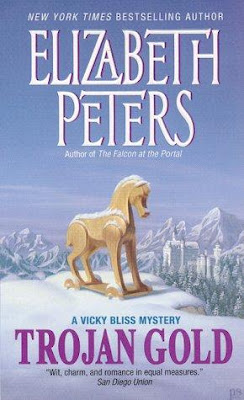 Peters' other small series is the Vicki Bliss series with six titles. The eponymous hero of the series, Vicki Bliss, is an American art historian but the titles are set in Europe and Egypt. Trojan gold, Night train to Memphis and the Laughter of the dead kings draw on archaeology. The Night train to Memphis is a fabulous take-off of Agatha Christie's Murder on the Nile but also has some great tongue in cheek connections to the Peabody/Emerson excavations. The final title, while not her best, pulls it all together. The titles are: 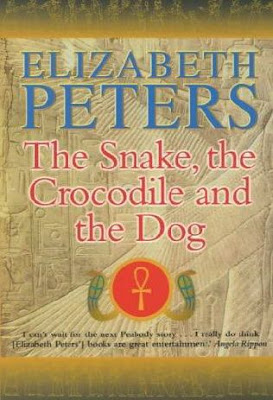 And then there are the nineteen Amelia Peabody books which are set in the late 19th and early 20th century against a backdrop of the developments of scientific archaeology and the struggle of women to be able to study and practice in their own right as professionals. What can I say? Crime fiction set in an archaeological environment? This is one of the joys of classic Agatha Christie for me, and of Peters too. There is Agatha Christie here and Rider Haggard and totally over the top plots and characters. But it is all set in a thoroughly researched background both for the contemporary history and settings as well as the archaeological sources. The Peabody series are as follows:

And how did I go with the challenge? Well, I am still working on it. I read all the Jacqueline Kirby books; I am currently reading the final Vicki Bliss and I have one or two Amelia Peabody titles on reserve. Of the non-series books, I only reread the Dead Sea Cipher so I had better get on and reserve some of those. This looks like it is becoming a two year effort :)
Posted by Polyxena at 4:58 PM