A Christie for Christmas! 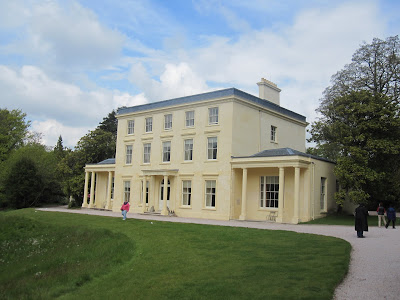 When I was in England earlier in the year I promised to be a "foreign correspondent" for this blog and report in particular on my proposed visit to Agatha Christie's house, Greenway in Devon. It has taken Christmas and its association with Christie to trigger my memory on this. I also needed to remember that I had said I would blog about her recent biography so I will finish up with that. 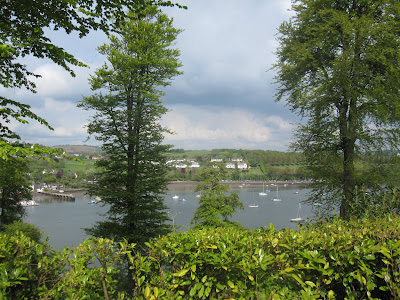 For many years a new Agatha Christie was always part of my Christmas! Well Agatha always said "A Christie for Christmas" so it was quite appropriate. So when I was planning to go to England earlier in 2010 and emails were going back and forth about places we all wanted to go to, I realized we were going to be in Devon. Wow! So I put my hand up for Greenway, Agatha Christie's house in Devon, that I knew had been given to the National Trust by her grandson. Luckily Hazelanne, Maria and Ronnie with whom I was doing the West country road trip were agreeable and what a fabulous experience that was! Well, the whole road trip was but I found it wonderful to visit Agatha's house, see the pet cemetery, see her bedroom, see her piano and sitting room and see Max' artefacts. Though it was never her primary residence and later given to her daughter and son-in-law, so many of the classic Agatha photos depict her there that it seemed very familiar. 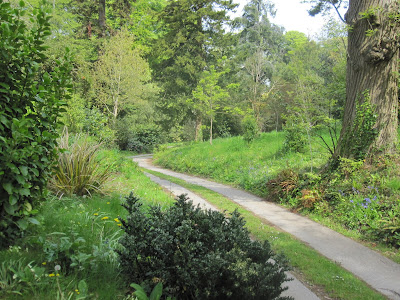 You can see the house and and its location overlooking the Dart above as well as a shot of the garden. If you want to see the other photos I took you can check them out on Flickr in my West Country 2010 folder. If you start with this one and go forward you will catch them all.

Agatha was born in 1890 so we all felt that there would be a new book in the lead up to that anniversary. And sure enough Richard Hack's Duchess of death: the unauthorized biography of Agatha Christie appeared in 2009. Hack is an investigative writer who has previously undertaken investigative biographies of Howard Hughes, Michael Jackson and J. Edgar Hoover. Hack has done a very thorough job of his research, focusing in particular on the 5,000 or more documents at the University of Exeter's Special Collections division. These documents provide a wealth of documentation that has not previously been used.

I enjoyed reading Duchess of death. There was much in it that was familiar but often written with a different viewpoint given the sources and it was certainly interesting to get some family views on other members. Hack doesn't care for Max Mallowan and some of his comments about him are not very well substantiated whilst he leaves out other stuff that would have been interesting to pursue. Some don't like his writing style, but for anyone who is a Christie fan, I recommend the book as a good read. Maybe you could get it out of your local library and read it over the 12 days of Christmas so that you get the Christie/Christmas association? I'll be taking this copy back to my library tomorrow.

Agatha Christie's Poirot books came in at number 84 on the Boroondara 150 favourite books list. So maybe you could start your Boroondara Summer Read with some of those old favourites?