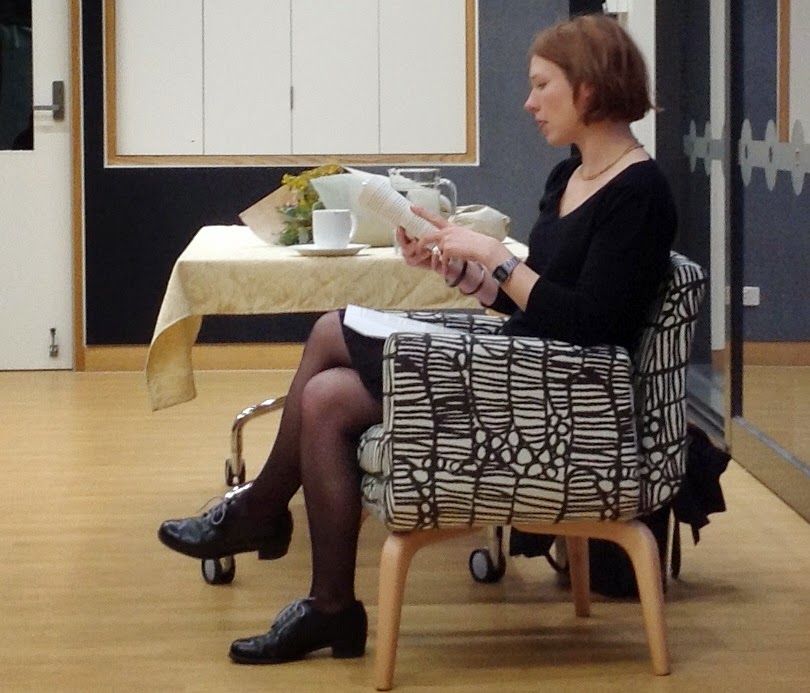 Ashburton Library hosted Emily Bitto as part of our New and Emerging Authors series.   Emily's debut novel The Strays which was as shortlisted for the 2013 Victorian Premier’s Literary Award for an Unpublished Manuscript. She read from her book which was lovely and she spoke about how she constructed the sense of place in her novel.

The house in The Strays functions as a separate place that links together things on the fringes; people, art and ideas.  It is a metaphor for all who don't belong.  Eva's garden is a magical place and Emily spent her childhood in a house in Glen Waverley with an amazing garden, the train carriage and the high fence.

Emily finds inspiration in the short stories of Nabokov.  She wanted to create a sense of place and space in her novel that can only exist in the memory and imagination.  She is interested in people who cut themselves off from mainstream society to try and start something better.  The 1930s seems like a complex and fascinating time in history and the art world to set a novel like The Strays.

A member of the audience asked 'how important is empathy when it comes to writing'?  All the writers that Emily loves are those that deal with people and their inner worlds - so empathy is essential. Emily Bitto loved The secret history by Donna Tartt, The line of beauty by Alan Hollinghurst and Brideshead revisited by Evelyn Waugh.

Emily also talked about the process of writing - she completed a Masters of Creative Writing in which she had to write a novel and complete research.  This was similar to Hannah Kent’s model for writing Burial Rites and it really seem to produce a very polished and refined debut novel that doesn’t feel like a debut novel.  There were some excellent questions from the audience and because it was a small group we could have a discussion about the book and the writing process.

This post was written by Ros at Ashburton Library.