I read Burial rites about a year ago and loved it but listening to Hannah talk yesterday I realise how much I have forgotten about it.  It might be time for a second reading of this brilliant debut.

Hannah talked with Bethanie Blanchard about the story behind the book as well as the book itself.  Hannah recalled that it was at Deakin Edge listening to Richard Flanagan talk that she thought of the title for Burial rites.  The reception of the book is a story in itself.  There was a bidding war for the publishing rights and a large amount of money offered to such a young writer for a debut novel.  But Hannah would really prefer if we could read novels without them being coloured by controversy and premeditation.  She wants us to get lost in her novel.

Hannah didn't intend to fit her novel to the fascination that readers have with Scandinavia; she really was just very lucky.  When Hannah discovered Agnes she was captivated.  In fact, her mother says that she was obsessed with her.  Hannah wanted to commit further to the story so she made it the topic of her PhD thesis.  She found doing the research for the book was like "driving in the dark without headlights".

She went to Iceland to do the research and sorted through mountains of archives.  She read recipes, songs and travel journals to get a feel for what life was like in Iceland at the time.  She didn't just want to know the historical facts, she wanted to know how people lived.  It was only by taking the biographical works and placing them in the historical context that the story came to life.

Hannah told us about trying to get herself to write.  She researched some other writers habits of writing.  She converted a walk in wardrobe to a small study where she could write despite its claustrophobic feel.

Hannah was lucky enough to get Geraldine Brooks as a mentor who read the 2nd draft and made the comment 'let a little light in'.  Hannah could see how dark and bleak the novel was and could admit that it needed to be lifted.  This mentoring was invaluable in crafting the novel further and flesh out the story.  Hannah worried that she would not have enough authority to write the novel and was concerned about how it would be received in Iceland.  She researched extensively to feel worthy enough to fictionalise a true event.

After being in Iceland for while she realised that the novel must include elements of the landscape.  She took note from Ron Rash who said that 'landscape is destiny'.  Most places don't inflict the weather on you like Iceland does.  This had to go into the book as a character. There were times when weather created story - it would be too cold, stormy, windswept for people to leave their homes; this kind of event drew the plot in certain directions.

Hannah calls Burial rites a speculative biography.  She is particularly interested in representations of women and crime in fiction and this is the subject of her PhD thesis that she hopes to hand in one day!    She is interested in stories about women that are complex and her novel goes some way to tell Agnes' story. Most of the letters and documents in the novel are real.  She was shocked by the burecratic tone of the source documents when they were talking about killing this young woman (spoilers).

Hannah talked passionately about being committed to the research and the story of Agnes.  She felt this was the only way she could behave ethically in writing about the dead.  She likes to play with genre - there is some truth and some fiction in the novel.  But she says 'there must be respect for the lives that were lived'. 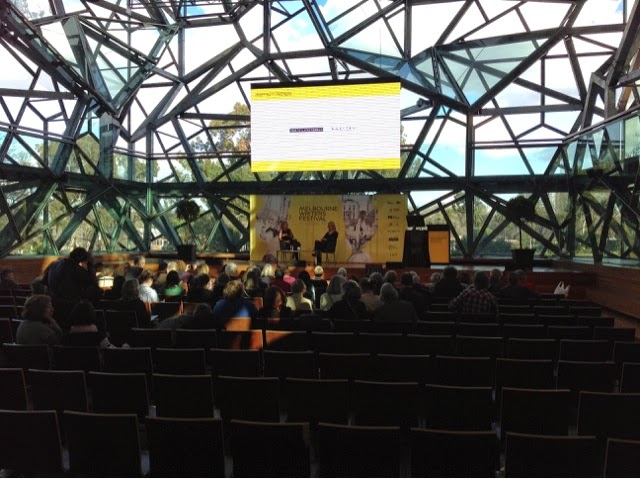 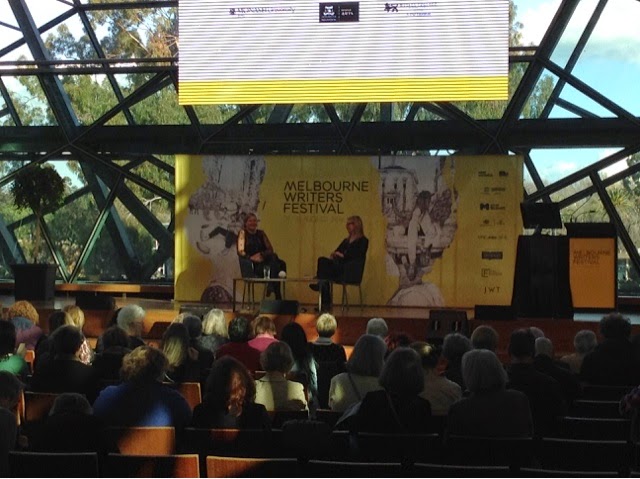