The swan book by Alexis Wright is the 2014 winner of the Australian Literature Society gold medal.  Alexis broke onto the Australian literature scene in 2006 with her second novel Carpentaria winning the Miles Franklin Award in 2007.  Alexis is an indigenous Waayni woman from the Gulf of Carpentaria.

In The swan book, Alexis imagines a not too distant future Australia in environmental and racial catastrophe.  Her antihero named Oblivia is rescued from by an old woman who takes her into her care.  Oblivia had been nearly killed by a gang of men and left for dead.  She is half mad but seems to have some magical rapport with swans.  When she is kidnapped by a ambitious Aboriginal politician Warren Finch, the swans begin to flock to the hotel where Oblivia is held.  All of this occurs in the aftermath of environmental apocalypse reminiscent of Cormac McCarthy's The Road.

This book is a rewarding but demanding read.  Oblivia's narration is untrustworthy but she is a compelling character.  Alexis is a highly imaginative and skillful writer marrying narrative and prose with intelligence and politics that is often breathtaking. 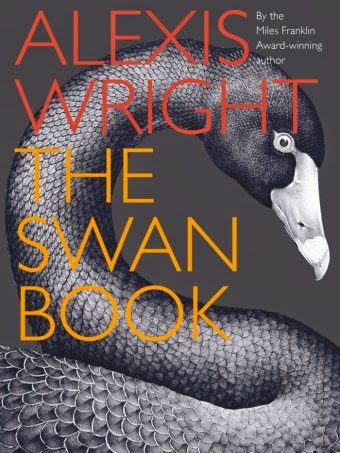