In case you missed it.... Ken Piesse

Ken has written 66 (I think he said) books about cricket &/or football (VFL/AFL) and he had many anecdotes to tell about the greats of both sports.

He told of how the late Bob Davis convinced a 17 year kid called Doug Wade to sign with Geelong.

The audience enjoyed hearing his yarns and even contributed some of their own. 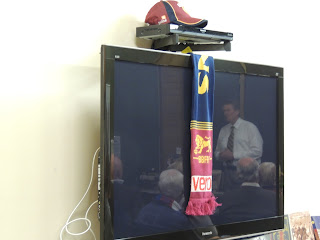 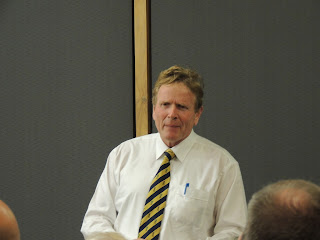 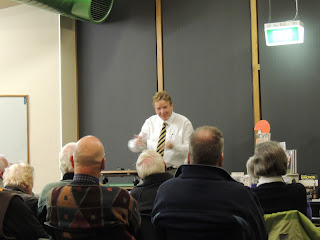 Ken will be making a return visit later this year to share stories of his 2013 Ashes visit.