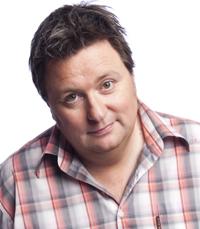 We would like to invite you to help us launch into the National Year of Reading. Come and hear funny man  Dave O'Neil & author P.D. Martin talk about their love of reading and   City of Boroondara Mayor Councillor Heinz Kreutz will also officially launch us into an exciting year of reading, discovery and excitement.

Dave’s friendly and easy going manner has made him one of Australia's most popular and versatile comics.  He is well known in Melbourne for his radio work on Nova 100 with Kate Langbroek and Dave Hughes, and on Vega 91.5 with Sean Micallef, Denise Scott, Chrissy Swan and Ian ‘Dicko’ Dickson, and nationally on The Panel, Good New Week, Comedy Festival Galas, The Fat and Spicks and Specks.

He has written books, including “Everything Tastes Better Crumbed.. and other BIG Statements”, and has also written and acted in films, numerous sketch comedy, and even starred in a film alongside Eric Bana! He's performed at twelve Melbourne International Comedy Festivals and in various comedy clubs in Sydney and Brisbane and for companies around Australia...please welcome Dave O’Neil.